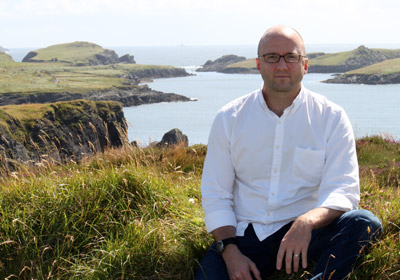 “Lawless,” the 2012 film based on Matt Bondurant’s book “The Wettest County in the World” will be screened Tuesday, Oct. 1, and Bondurant will present an endowed lecture on Oct. 2.

Bridgewater College will screen Lawless, the 2012 film based on Matt Bondurant’s book The Wettest County in the World at 7:30 p.m. Tuesday, Oct. 1, in Cole Hall. Bondurant will present an endowed lecture at 7:30 p.m. Wednesday, Oct. 2, in the Concert Hall in the Carter Center for Worship and Music at the college. Both events are free and open to the public.

Bondurant’s second novel, The Wettest County in the World, based on the true story of Bondurant’s grandfather and two great-uncles, is an international bestseller, a New York Times Editors’ Pick and a San Francisco Chronicle Best 50 Books of the Year. The book was made into a feature film, Lawless, directed by John Hillcoat and featuring Shia LaBeouf, Tom Hardy, Jessica Chastain, Mia Wasikowska, Gary Oldman and Guy Pearce.

Bondurant is also the author of The Third Translation and The Night Swimmer. He has published short stories in Glimmer Train, The New England Review and Prairie Schooner.

He has written feature articles, essays and reviews for multiple outlets, including Outside Magazine, Newsweek, Huffington Post and the Best Food Writing anthology.

A former John Gardner Fellow in Fiction at Bread Loaf, a Kingsbury Fellow at Florida State University and a Walter E. Dakin Fellow at the Sewanee Writers’ Conference, Bondurant has appeared on various media outlets, including National Public Radio, Radio France, The Discovery Channel and MSNBC.

The events are sponsored by the Harold H. Hersch Education Fund, the Margaret Grattan Weaver Institute for Regional Culture and Bridgewater College’s Division of Communication Studies, Fine Arts and Literature.