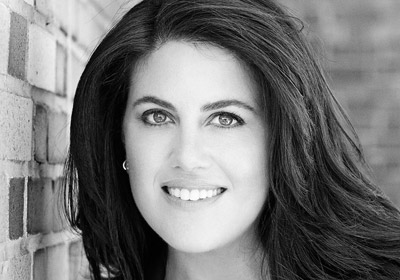 Monica Lewinsky is a social activist in the battle against online harassment—advocating for a safer social media environment. Please note: no bags, photos or recordings permitted in Nininger Hall.

Monica Lewinsky, a social activist in the battle against online harassment, advocating for a safer social media environment, will present an endowed lecture at 7:30 p.m. Thursday, Oct. 17, in Nininger Hall at Bridgewater College (doors open at 6 p.m.). The event is free and open to the general public; media/press not permitted. No bags, photos or recordings will be permitted in Nininger Hall.

As a public speaker, writer and contributor to Vanity Fair, Lewinsky addresses such topics as survival, resilience, digital reputation and equality.

Lewinsky looks at these societal issues through her unique and profound experiences, which include working in government—both in the White House and the Pentagon—the investigation that resulted from her time in Washington, D.C., and education. She graduated with a degree in psychology from Lewis & Clark College and earned a master’s degree in social psychology from the London School of Economics and Political Science.

In 2014, after a decade-long, self-imposed retreat from public life, Lewinsky authored an essay, “Shame and Survival,” for Vanity Fair. The essay, nominated for a National Magazine Award, was the starting point for her to begin a process she describes as “taking back my narrative and giving a purpose to my past.”

Lewinsky became known to the public in 1998, when it was revealed as part of a federal investigation that she had had an intimate relationship with then President Bill Clinton. Overnight, at just 24 years old, she went unwillingly from being a very private person to a public figure on the global stage.

The investigation unfolded against a backdrop of a changing media landscape with the beginning of both competing 24-hour news networks and the internet. As someone who had experienced the perpetuation of shame and humiliation online, Lewinsky saw the opportunity to participate in the public discourse about online harassment and work to effect change.

This endowed lecture is sponsored by the Anna B. Mow Symposium and the W. Harold Row Symposium.