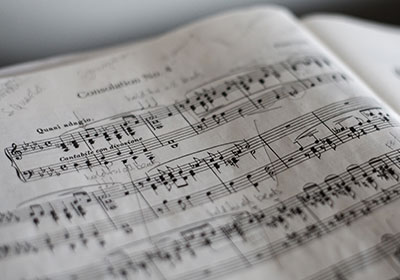 Bridgewater College’s Jazz Ensemble, Concert Choir and an alumni jazz band from 1982 – 2019 will perform Oct. 19 during its annual Homecoming concert.

Bridgewater College will present a Homecoming concert featuring a variety of music at 7:30 p.m. Saturday, Oct. 19, in the Concert Hall in the Carter Center for Worship and Music. It is free and open to the public.

The concert includes the Jazz Ensemble under the direction of Dr. Christine Carrillo, associate professor of music and director of instrumental music.

The Jazz Ensemble will perform “I Just Can’t Wait to be King” from The Lion King, music by Elton John, arranged by Roger Holmes; Virtual Insanity by Jason Kay and Toby Smith, arranged by John Wasson; and Sing, Sing, Sing by Louis Prima, arranged by Gordon Goodwin.

Justin A. Rogers, a senior communication, technology and culture major from Springfield, Va., on drums;

Wyatt T. Smith, a first-year music major from Bridgewater, Va., on trumpet; and

An alumni jazz band consisting of alumni from 1982-2019 will also perform under the direction of Carrillo.

The Concert Choir, under the direction of Prof. Curtis Nolley, visiting director of choral music, will perform a trio of Beatles tunes: Here Comes the Sun, arranged by Alan Billingsley, Yesterday, arranged by Bob Chilcott, and Ob-La-Di, Ob-La-Da, arranged by Audrey Snyder.

ReBellion will perform Changes, arranged by Carl Wiltse, and “Star Wars” excerpt from The Best of John Williams, arranged by Douglas Wagner.