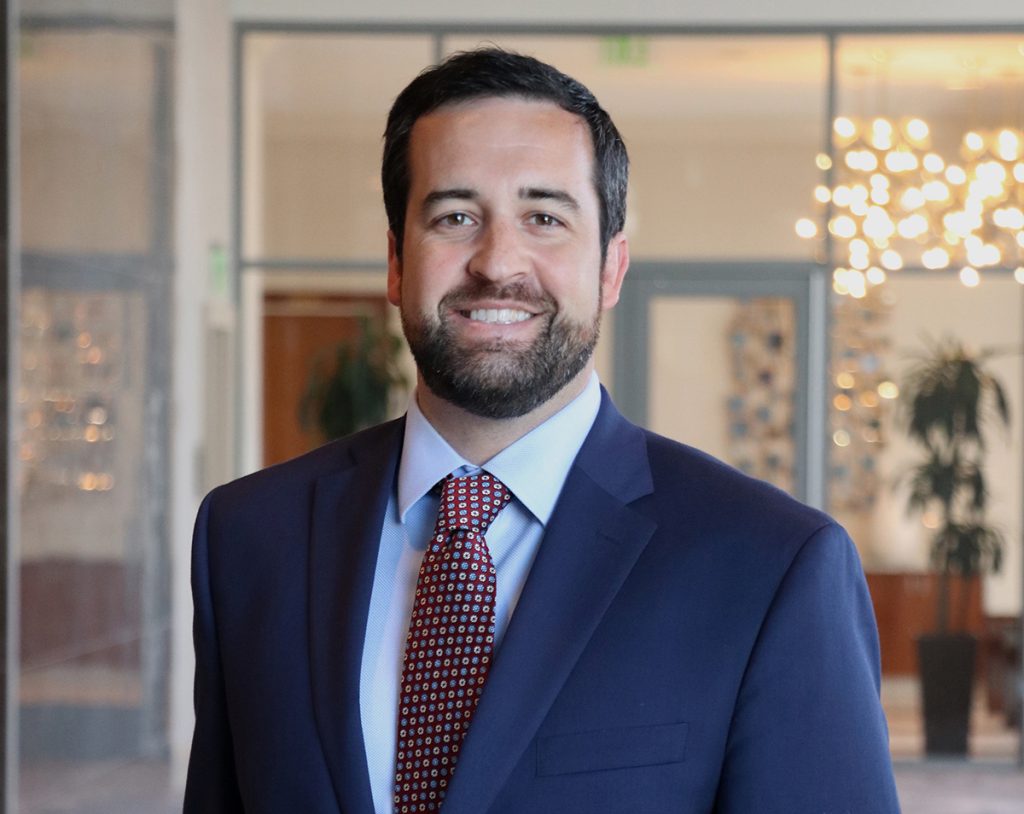 Jared Chalk, Director of Development and Executive Director of the Norfolk Economic Development Authority, was recently named to Virginia Business’s Top 500 2021 Power List, which recognizes Virginia’s most powerful and influential leaders in business, government, politics and education (Ashley Smith ’85 was also named to the list). Chalk, a Norfolk, Va., native, is a leader of Norfolk’s economic development efforts, including retaining and developing local jobs and business opportunities. He was also named to Hampton Road’s Top 40 Under 40 and Top 100 People to Meet in Virginia lists in 2020.

A 2005 business administration graduate from Bridgewater College, Chalk says his time at Bridgewater taught him the power of connections. Bridgewater’s small size enabled him to “be someone in the community, not just a number.”

“You can get an education anywhere, but at Bridgewater College relationships are valued, and that is so important,” he says.

In his current position, Chalk leverages partnerships to build relationships and bring new opportunities to his community. His connections have enabled him to work with state and national leaders, from former Virginia Governor Ralph Northam to former President Donald Trump. Previous project successes include attracting major players such as IKEA, outlet malls and hotels to Norfolk, as well as bringing MetroNet broadband internet to the city.

A major project currently under Chalk’s purview is the redevelopment of the former Military Circle Mall into a thriving commercial district. The Norfolk Economic Development Authority purchased 100 acres for the $1 billion development project that will include a major arena. Chalk’s work is also crucial in Norfolk’s innovative technology solutions for climate change. As a coastal community affected by rising sea levels, Chalk sees the importance of Norfolk bringing in resilient technology such as wind turbines. Norfolk’s combination of ideal location, workforce availability and real estate options make it primed to be a hub for offshore wind farms along the entire East Coast.

Inclusive economic development is important to Chalk, as he “works to bring everyone along while growing the local economy.” Norfolk Works, a program that connects residents seeking employment to economic and workforce development opportunities, recently won a Gold Award from the International Economic Development Council. Chalk stresses the importance of “looking at the world through someone else’s lens,” and he works to provide grants and business loans to minority-owned small businesses.

“This job allows me to have a meaningful impact on others,” Chalk says. “I enjoy getting up each day and working on large-scale projects that will have a positive influence on the direction of the Commonwealth of Virginia and city of Norfolk.”