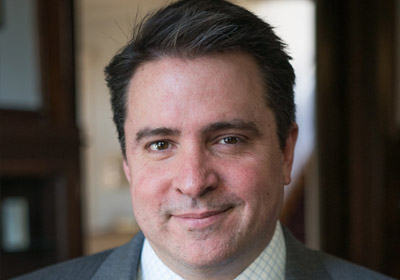 Robert P. Jones, author of “The End of White Christian America,” will give an endowed lecture, “The Changing Religious Landscape in America,” on March 14 at Bridgewater College.

Robert P. Jones, author of The End of White Christian America, will give an endowed lecture, “The Changing Religious Landscape in America,” at 7:30 p.m. Thursday, March 14, in Cole Hall.

The endowed lecture, sponsored by the Anna B. Mow Symposium on Comparative Religious Ethics and the Bridgewater College Forum for Brethren Studies, is free and open to the public.

The following morning (Friday, March 15), Jones will open the Forum for Brethren Studies symposium on “The Status of Brethren Organizations: Demise and Momentum, 1994-2019,” with a question-and-answer session. A $20 registration fee for Friday’s sessions on the four major Brethren institutions—Annual Conference, Bethany Theological Seminary, Brethren Press and the Mission and Ministry Board—includes lunch. Friday’s events will be held in the Boitnott Room at Bridgewater College. For more information and to RSVP, contact Steve Longenecker at slongene@bridgewater.edu.

Jones is the founding CEO of PRRI (Public Religion Research Institute), a nonprofit, nonpartisan organization that conducts independent research at the intersection of religion, culture and public policy.

Jones writes a column on politics and culture for The Atlantic online, and he is frequently featured in national media outlets, including MSNBC, CNN, NPR, The New York Times and The Washington Post.

Jones holds a Ph.D. in religion from Emory University and an M.Div. from Southwestern Baptist Theological Seminary.