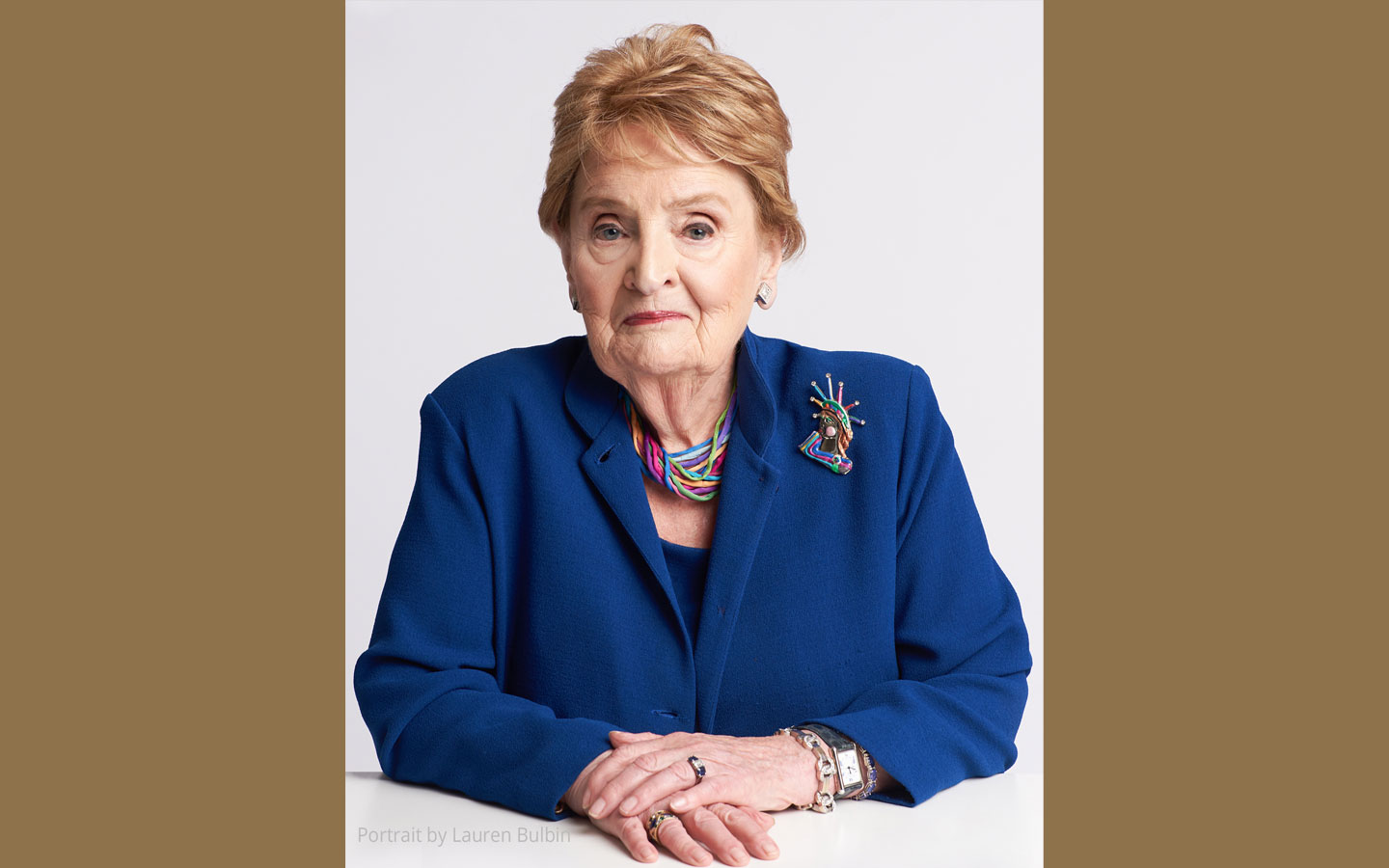 Endowed Lecture: In Conversation with Madeleine Albright When: Wednesday, Oct. 6, 2021, at 7:30 p.m. Doors open at 7 p.m. Where: Cole Hall, Bridgewater College Note: The format for the event is a moderated conversation on stage in Cole Hall with Bridgewater College President Dr. David Bushman. A live-stream of the event will be available at bridgewater.edu/albright. Dr. Madeleine Albright, a professor, author, diplomat and businesswoman who served as the 64th Secretary of State of the United States (1997-2001), will present an endowed lecture on Wednesday, Oct. 6, at 7:30 p.m. in Cole Hall at Bridgewater College.  The event, In Conversation with Madeleine Albright, is free and open to the public. Doors open at 7 p.m. The format for the event is a moderated conversation on stage in Cole Hall with Bridgewater College President Dr. David Bushman.   In keeping with guidance from the CDC, Bridgewater College requires that all individuals, regardless of vaccination status, properly wear face masks when indoors in public areas of campus.  Albright was named the first female Secretary of State in 1997 and became, at that time, the highest-ranking woman in the history of the U.S. government. As Secretary of State from 1997-2001, Albright reinforced America’s alliances, advocated for democracy and human rights, and promoted American trade, business, labor and environmental standards abroad.  From 1993 to 1997, Albright served as the U.S. Permanent Representative to the United Nations and was a member of the President’s Cabinet. From 1989 to 1992, she served as President of the Center for National Policy. Prior to that, she was a member of President Jimmy Carter’s National Security Council and White House staff, as well as having served as Chief Legislative Assistant to U.S. Senator Edmund S. Muskie.  Albright received the Presidential Medal of Freedom, the nation’s highest civilian honor, from President Barack Obama on May 29, 2012.  Now based in Washington, D.C., Albright is a Professor in the Practice of Diplomacy at the Georgetown University School of Foreign Service. She is Chair of Albright Stonebridge Group, a global strategy firm, and Chair of Albright Capital Management LLC, an investment advisory firm focused on emerging markets. Albright also chairs the National Democratic Institute, serves as the president of the Truman Scholarship Foundation and is honorary co-chair of the World Refugee Council.  A seven-time New York Times bestselling author, Albright’s most recent book, Hell and Other Destinations, was published in April 2020. Her other books include her autobiography, Madam Secretary: A Memoir (2003), The Mighty and the Almighty: Reflection on America, God, and World Affairs (2006), Memo to the President: How We Can Restore America’s Reputation and Leadership (2008), Read My Pins: Stories from a Diplomat’s Jewel Box (2009), Prague Winter: A Personal Story of Remembrance and War, 1937-1948 (2012) and Fascism: A Warning (2018).  Albright received a B.A. with honors from Wellesley College in Wellesley, Mass., and master’s and doctoral degrees from Columbia University’s Department of Public Law and Government, as well as a certificate from its Russian Institute.  This endowed lecture is sponsored by the Anna B. Mow Symposium and the Kline-Bowman Peacebuilding Institute.