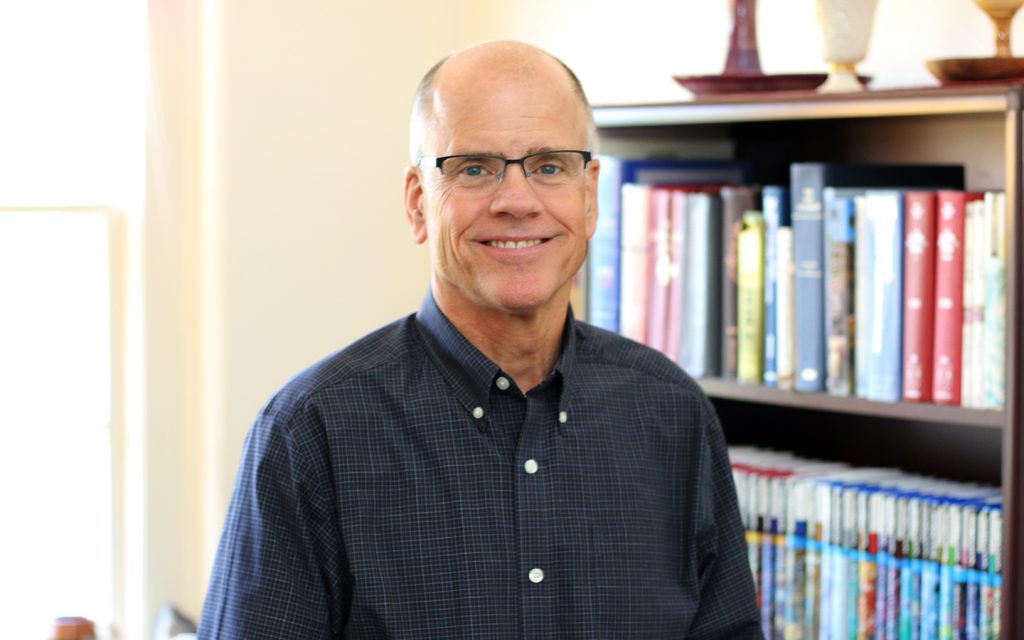 Summed up simply, the most rewarding aspects of Bridgewater College Chaplain Rev. Dr. Robbie Miller’s work are providing a message or prayer that others find meaningful and offering counsel or support that others find helpful.

Miller has overseen the College’s spiritual life program and provided support to members of the Bridgewater campus community for more than 30 years as College Chaplain.

“Being a minister means having the privilege of working with and supporting people at the most profound, challenging and, especially for college students, formative times in their lives,” Miller said. “What drew me to this work initially was an interest in theology and preaching. What has sustained me in this work are the daily opportunities to support and nurture others on this journey of life we all share.”

Miller was recently recognized for his continued efforts by the Shenandoah District Pastors for Peace as the 2021 Living Peace Award recipient. Now in its 10th year, the annual award recognizes a member of the Church of the Brethren within the Shenandoah District who has contributed to making peace in their own time and who inspires others to embrace this calling in a similar fashion.

Miller received the honor during a virtual ceremony held on April 15.

“My initial reaction to receiving the award was similar to my reaction at being cast as the male lead in my high school musical: ‘Me? There must be some mistake!’ While others have certainly done more noteworthy things for peace, receiving this award is an affirmation of those who quietly labor, year in and year out, to live out the gospel of peace,” Miller said.

He is married to Terri Gladwell Miller ’80. The couple has two children, Rebekah Miller Stovall ’12 and Stephen Miller ’15.