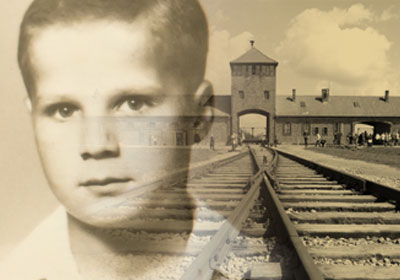 The documentary, Misa’s Fugue, will be screened at 7 p.m. Saturday, Jan. 27, in Cole Hall, as part of Bridgewater College’s Holocaust Remembrance Day observance.

The documentary, Misa’s Fugue, written and directed by Sean Gaston and Jennifer Goss and directed by Gaston, will be screened at 7 p.m. Saturday, Jan. 27, in Cole Hall, as part of Bridgewater College’s Holocaust Remembrance Day observance.

Frank “Misa” Grunwald was born in Czechoslovakia in September of 1932, four months before Adolf Hitler became chancellor of Germany.

Misa’s Fugue is the true story of one boy’s journey through Prague, Terezin, Auschwitz, Maughausen, Melk and Gunskirchen as a victim of Nazi oppression.

Grunwald used his love of art to endure some of the most horrific events of the Holocaust.

Told through film and interviews with Grunwald, the documentary was edited, musically scored and visually supported by the efforts of students and faculty of Fleetwood Area High School, where Gaston taught TV/media courses.

The screening will be followed by a talk-back with Gaston and Goss.

The event is free and open to the public.