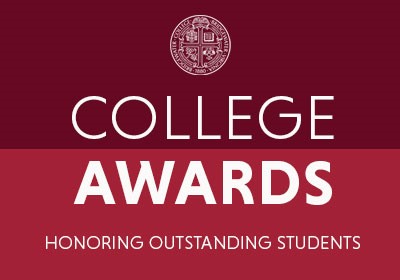 Two Bridgewater College art students will receive $4,000 each to study abroad as recipients of the Paul M. and Betty Kline Student Art Award for 2021.

The award is presented to a junior or senior art major who has demonstrated significant growth and accomplishment in the study and production of visual art.

Nina King, the daughter of Larry and Sandy King, of Frederick, Md., a junior art major and teacher education candidate, was among one of the recipients.

King hopes to study abroad in Spain in May of 2022 with the scholarship funds.

After graduation, King will be completing a semester as a student teacher with the intent to become an art teacher in the future.

Last year, Benner was one of the Showker Prize winners for a project aimed at helping college students build sustainable habits. Currently, she is working on a user-friendly redesign of the My BC intranet portal as an honors project.

Benner will be using the scholarship money to study the ethics of digital media in Oxford, England, next May.

After graduation, Benner plans to take a gap year to volunteer with the Peace Corps or Hope Worldwide, with a career goal of eventually becoming a user interface designer for augmented reality software.

Paul ‘51, who died in 2006, and Betty Kline ‘53 are both Bridgewater College graduates and former employees. He retired as professor of art in 1997 after 38 years on the faculty. She formerly served as dean of women and a psychology instructor.