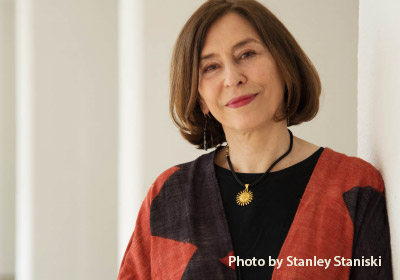 International award-winning writer and professor Dr. Azar Nafisi spoke on “The Humanities and the Future of Democracy” in Bridgewater College’s Cole Hall on February 11.

International award-winning writer and professor Dr. Azar Nafisi spoke on “The Humanities and the Future of Democracy” in Bridgewater College’s Cole Hall on February 11.

Nafisi began her discussion with the origins of liberal arts education. She stated that all people should realize their potential to the fullest, no matter their dreams or aspirations. A democracy, she believes, should promote this by supporting the prevalence of liberal arts institutions and making education more about passion than vocation. “The whole idea of coming to college is to be disturbed,” she said. “This is the only place where you are free to think and question.”

Nafisi then asserted the influence of storytelling in the shaping of our modern world. Religion was her chief example. She reiterated what people often forget: the canons of world religions are composed of stories. These stories are effective because they allow imagination of self and others and recognition of shared experiences and curiosity, which then turns to empathy. Nafisi told her listeners that empathy and the arts are used to celebrate difference.

“Difference can also be dangerous,” she warned. To separate people by culture is hazardous because it can allow ignorance. Nafisi challenged her audience to think about how all great writers go into the minds of each character in their story and to follow this example in learning the histories of other cultures. “Culture,” she said, “is that which is enduring.”

Nafisi also spoke about her transition from Iran to America. She gave her listeners a comprehensive look at the struggles that she and other women experienced in Iran, as well as a history lesson on the country as a whole. Nafisi then explained her love for America, and how her love leads her to be concerned and still want change. “Criticism is not the sign of contempt. Criticism is the sign of respect,” she said.

The core of Nafisi’s message was that the humanities must remain and be encouraged in education systems worldwide. They provoke free thought and can be the means of change. Democracy must recognize the importance of the humanities so that it can survive and adapt in this world.

This program was presented by the Center for Engaged Learning and sponsored by the W. Harold Row Symposium on Reconciliation and the Zane D. Showker Institute for Responsible Leadership.