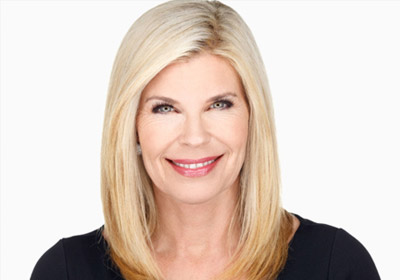 Carrie Morgridge, vice president and chief disruptor of the Morgridge Family Foundation, will provide Bridgewater College’s 2018 commencement address on Saturday, May 5, at 10 a.m.

Carrie Morgridge, vice president and chief disruptor of the Morgridge Family Foundation, will provide Bridgewater College’s 2018 commencement address on Saturday, May 5, at 10 a.m.

The topic of her address is “This is Your Moment.”

Approximately 400 seniors are expected to receive degrees at the commencement exercises, which will take place on the campus mall.

Dr. Carol Scheppard, professor of philosophy and religion at Bridgewater College and past moderator for the Church of the Brethren, will deliver the message at the baccalaureate service on May 4, at 6 p.m., on the campus mall. Her topic is “Now What?”

Carrie Morgridge is the vice president and chief disruptor of the Morgridge Family Foundation. The mission of the foundation is to invest in transformative gifts. She is the award-winning author of Every Gift Matters—How Your Passion Can Change the World.

Morgridge and her husband, John Morgridge, are two of the nation’s top philanthropists. They recently received National Jewish Health’s highest honor, the Arthur B. Lorber Award for Distinguished Service, which has been awarded only 23 times in the 118-year history of the institution. The Morgridges also are recipients of the Josef Korbel Humanitarian Award, which was established by the University of Denver in 2000. The award recognized the couple’s commitment to human rights through philanthropy.

The Morgridges also received the “Every Gift Matters” award from the Colorado Distant Learning Association for their work to ensure access to technology in rural Colorado. Among many other distinctions, Ms. Morgridge is also the recipient of the distinguished Frances Wisebart-Jacobs Woman of the Year award from the Mile High United Way.

The Morgridges created the Student Support Foundation, a national organization that inspires youth philanthropy. For the past decade they have celebrated and advanced the educator profession by creating mindSpark Learning. mindSpark Learning is focused on empowering educators to tackle the most challenging conditions in their schools through Design Thinking and other strategies.

The Morgridges divide their time between Colorado and Florida. They have two children who both reside in Denver, Colo. They are avid athletes. In 2016, the Morgridges mountain-biked across the country on the Great Divide Mountain Bike Route, covering 2,774 miles from Canada to Mexico in 46 days. Ms. Morgridge has completed nine Ironman competitions and several marathons.

Dr. Carol Scheppard grew up in the small clock-manufacturing town of Thomaston, nestled in Connecticut’s industrial Naugatuck Valley. She earned her undergraduate degree at Wesleyan University, where she majored in anthropology and minored in history. Committed to awakening in others the new voice and self-awareness the academic adventure had awakened in her, she embarked on a career in education.

After graduation, Dr. Scheppard spent 10 years as a teacher and administrator at Landmark School and Landmark College, schools with curriculum designed specifically for students with dyslexia.

In 1989, Dr. Scheppard returned to the academy, earning a Masters of Divinity degree from Princeton Theological Seminary before moving on to doctoral work in religion at the University of Pennsylvania. During her doctoral studies, Dr. Scheppard was awarded several fellowships, including the School of Arts and Sciences Dissertation Fellowship and the Pennfield Scholarship in Diplomacy, International Affairs and Belles Lettres. Her dissertation, “Keepers of the Faith: Irish Exegetes and Psalter Study in the Eighth Century,” consolidated her research, conducted in Ireland, on Irish approaches to biblical interpretation in the early middle ages.

Dr. Scheppard joined the department of philosophy and religion at Bridgewater College in 1998 and was the 2002 recipient of the Ben and Janice Wade Outstanding Teaching Award. Her ongoing areas of research include early medieval Celtic Christianity, medieval monasticism, and late antique and medieval exegesis, while more recent publications incorporate topics in Anabaptist and Pietistic studies.

Dr. Scheppard was vice president and dean for academic affairs at Bridgewater College from 2007 to 2016, a time of significant change in the life of the college. She oversaw a successful re-accreditation review, the development of a new general education curriculum, and the transition to a new organizational structure in academic affairs. She served 10 years as a member of the board of trustees for Bethany Theological Seminary and was the chair of the board’s Academic Affairs Committee.

An active member of Lebanon Church of the Brethren in Mt. Sidney, Va., she is a former chair of its Church Board. Dr. Scheppard served two terms as a Virginia public servant, both as a councilwoman for the town of Mt. Crawford and as a member of the Harrisonburg Rockingham County Municipal Planning Organization, chairing that organization from 2009-2011.

In 2016-17, Dr. Scheppard acted as the Moderator for the Church of the Brethren. As the elected chief officer for the denomination, she traveled extensively, both domestically and abroad, preaching, teaching, and engaging with church members. She joined the first delegation from the COB to visit Nigerian Brethren in Northeast Nigeria in the wake of the Boko Haram insurgency in 2014. In June 2017, she presided at the COB Annual Conference in Grand Rapids, Mich.

Dr. Scheppard is now professor of philosophy and religion at Bridgewater College. She lives in Augusta County and enjoys time on the small farm she shares with a Great Pyrenees, two cats, one goat, one sheep, one horse, and five very large fish.