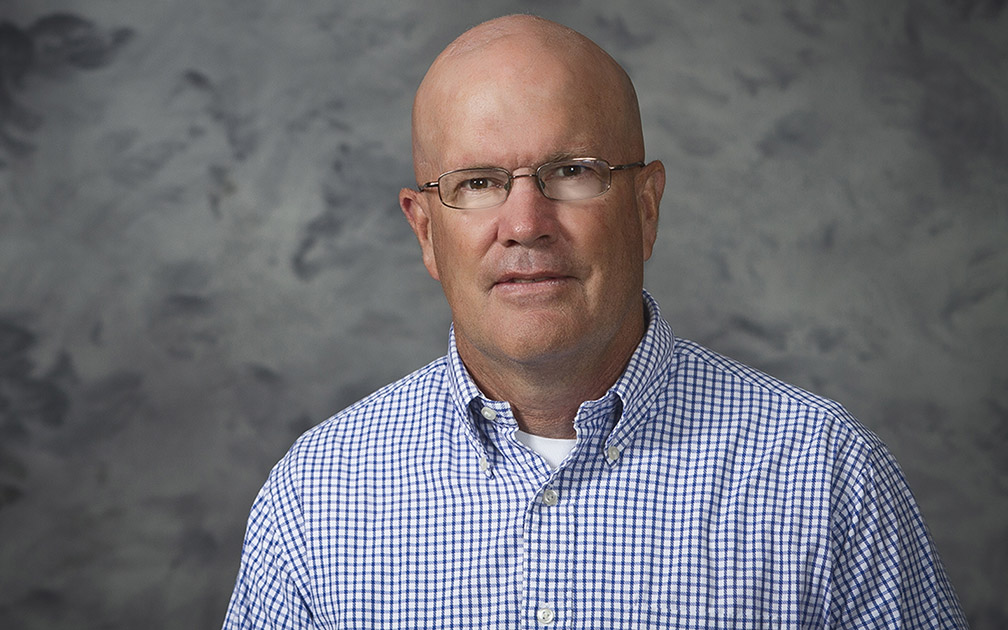 For 39 years, Prof. Shane Stevens ’79, instructor in Mathematics and Computer Science and Head Track & Field Coach, held numerous titles and positions at Bridgewater College—in many cases several at the same time—but that wasn’t the original plan.

Stevens graduated from BC in 1979 with an undergraduate degree in business administration. He went on to earn an M.B.A. from James Madison University and planned to follow family tradition by joining the U.S. Navy.

When Stevens was only a few months away from enlisting, John Spencer, BC Head Football Coach, offered him a job as an Assistant Football Coach for the 1981 season. Stevens had played football at BC all four years of his undergraduate career. During the preseason practices in August, Stevens met up with one of his economics professors, Prof. George Fitchett, who explained that one of the members of the department had a health crisis and would not be able available to teach during the upcoming term that was only days away. Fitchett convinced Stevens that he could help and offered him two classes for the term.

Stevens commented, “Apparently he saw something in me that I didn’t, but I convinced myself that if Prof. Fitchett thought I could do it, then I could.”

At the time, Bridgewater’s academic year consisted of three terms. Fitchett convinced Stevens to stay for the following term, and during that second term, Stevens was approached by Dr. Harry “Doc” Jopson and Spencer with yet another opportunity. Jopson had just retired at the end of the previous academic year, and the Head Track & Field Coach who was hired to replace Jopson had just resigned his coaching duties.

Although Stevens had run track, he didn’t actively compete after his first year. Even so, he stayed engaged with the team and helped Jopson organize and run practices and meets. Once again, the coaches saw something in him that he didn’t see in himself. Since assuming these responsibilities would push past his reporting date to enlist in the Navy, he needed to make a decision. Although difficult, he said his decision ultimately came down to a feeling that he wanted to give back to not only the institution, but the many faculty, coaches and staff that continued to see something in him that he didn’t.

The significance of service is evident throughout Stevens’ years at BC, as he assumed various duties and responsibilities at the College over a lengthy career. Besides assuming various coaching and staff positions in athletics, he also transitioned from instructing courses in business and economics to computer technology and computer science. After completing computer science courses at JMU and the University of Virginia, he moved to the Department of Mathematics and Computer Science where he taught courses in computer information systems.

Stevens has been the only remaining faculty member who also serves as a coach, which was a common practice at BC several decades ago. While the demands of both jobs might wear many down, Stevens has relished the opportunity to connect with students and thinks that it’s likely students felt he was more approachable since they saw him in multiple roles. He’s especially pleased that he’s been able to help the track and field teams remain competitive over the years. Since his first ODAC championship in 1989, his tenure as head coach has included at least one ODAC championship in each decade.

When asked if there’s anything he’ll miss, he mentioned the daily interaction he has with colleagues and students. Stevens is a quiet leader, preferring to talk about the success of the team or one of his colleagues or student-athletes rather than claiming any contribution of his own. He said he “appreciates the fact the College has allowed me to do both things as long as I have.”