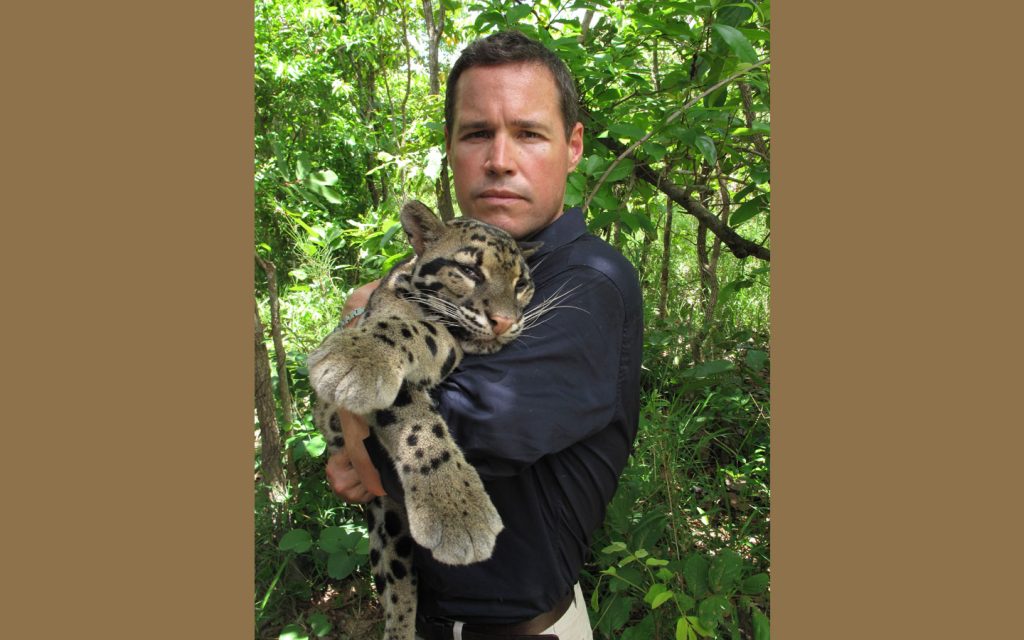 Bridgewater College will welcome Emmy-winning TV host, conservationist and wildlife biologist Jeff Corwin for an endowed lecture on Wednesday, Nov. 10, at 7:30 p.m. in Cole Hall on the College’s campus.

The event, “Tales from the Field,” is free and open to the public. Doors open at 6:30 p.m. The format for the event is a traditional lecture, and attendees will have a special opportunity for a meet-and-greet with Corwin from 8:30 to 9 p.m. A livestream of the event will be available at bridgewater.edu/corwin.

In keeping with guidance from the CDC, Bridgewater College requires that all individuals, regardless of vaccination status, properly wear face masks when indoors in public areas of campus.

Corwin is a leader in conservation, recognized for his work as a television host, producer, journalist, author, explorer and wildlife biologist. For more than two decades, Corwin has been telling stories of wildlife and nature to global audiences through his many celebrated television series on ABC, NBC, Travel Channel, Food Network, Disney Channel and Discovery. He has received three Emmys and the top broadcast industry awards for his work.

His first TV series, Going Wild with Jeff Corwin, was wildly successful on Disney Channel. His Animal Planet series The Jeff Corwin Experience was a global sensation. Corwin also is the creator and co-presenter of CNN’s groundbreaking documentary Planet in Peril, hosted alongside Anderson Cooper and Sanjay Gupta. Currently, Corwin is an executive producer and host of ABC’s Ocean Treks, an executive producer and presenter for the giant screen film Expedition Chesapeake and the narrator for David Attenborough’s celebrated cinematic documentary, Galapagos, Nature’s Wonderland.

In April 2020, Corwin created and executively produced the critically acclaimed Nat Geo Wild TV series Alaska Animal Rescue, which is now in its third season. His critically acclaimed NBC documentary and book, 100 Heartbeats, engaged both the readers and broadcast audience in the 21st-century plight of endangered species. Corwin has authored 10 books on wildlife and nature, including Living on the Edge: Amazing Relationships in the Nature World.

Corwin received his bachelor of science in anthropology from Bridgewater State University in Bridgewater, Mass., and master of wildlife and fisheries conservation from the University of Massachusetts. He is the recipient of numerous honorary doctoral degrees in education and environmental science.

This endowed lecture is sponsored by The Harold H. Hersch Educational Fund.

AT A GLANCE
Endowed Lecture: ‘Tales from the Field’ with Jeff Corwin
When: Wednesday, Nov. 10, at 7:30 p.m. Doors open at 6:30 p.m.
Where: Cole Hall, Bridgewater College
Notes: This event is free and open to the public. The format for the event is a traditional lecture. In keeping with guidance from the CDC, Bridgewater College requires that all individuals, regardless of vaccination status, properly wear face masks when indoors in public areas of campus. The closest parking lot to the event is the Kline Campus Center accessed from Dinkel Avenue or College Street, located directly behind Cole Hall. A livestream of the event is accessible at bridgewater.edu/corwin.