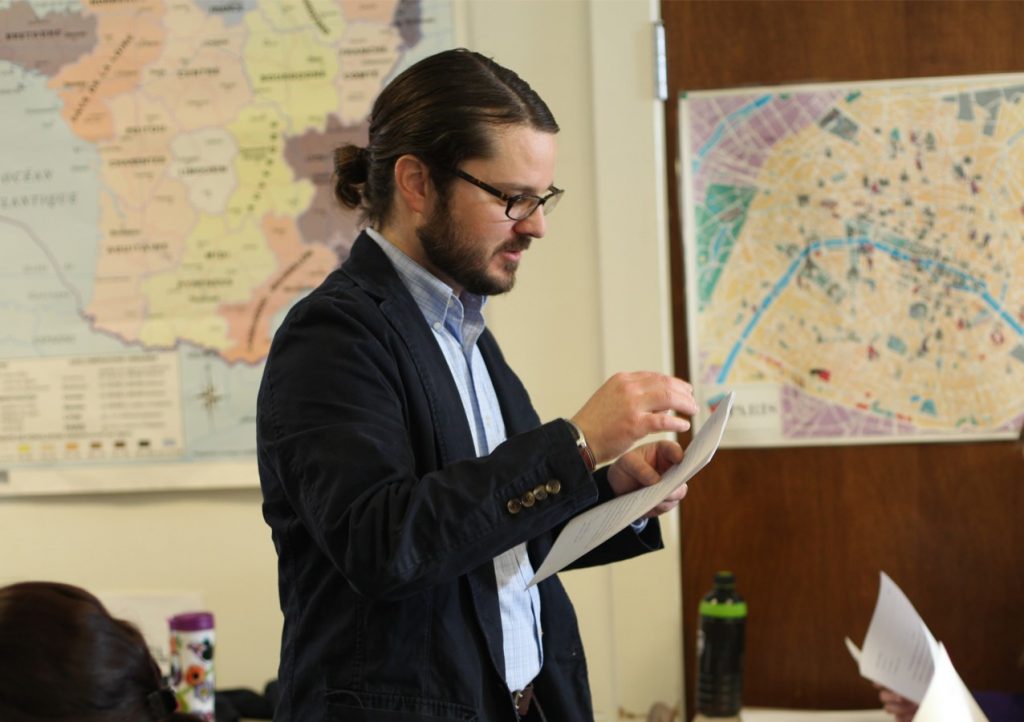 Dr. Mahan Ellison, Associate Professor of World Languages and Cultures at Bridgewater College, has been awarded a Fulbright U.S. Senior Scholar teaching and research award in Morocco and Spain. Over the summer of 2021 and during his sabbatical in the fall of 2021, Ellison will teach and conduct research at the Research Laboratory for Morocco and the Hispanic World at Ibn Zohr University in Agadir, Morocco, and the Department of Arabic and Islamic Studies at the Autonomous University of Madrid. This is only the second year that a shared Fulbright award between Morocco and Spain has been given, and Ellison is the first recipient of this award in the humanities.

“As a professor at Bridgewater College, I am always looking for ways to improve my teaching, to learn new things and to bring the wider world into my classrooms,” Ellison said. “This is a wonderful opportunity for me to travel and learn so that I can bring back new ideas to Bridgewater.”

The Fulbright award will allow Ellison to engage in further research on contemporary African authors writing in Spanish, the Spanish colonial wars in Africa and representations of Africa and Africans in contemporary Spanish literature. His final project will be a book-length work in English that focuses on the representation of nature in fiction and poetry written by Moroccan authors in Spanish.

“It’s an incredible honor to receive this Fulbright award,” Ellison said. “Spanish literature written by Africans has been overlooked for a long time, and it’s wonderful to see interest growing in this field. My project aspires to be one of the first studies in this area that will be available in English, and so I hope that even more people can learn about this fascinating and unique topic.”

Ellison has published numerous academic articles on authors from Equatorial Guinea, Western Sahara and Morocco, as well as on Spanish authors who write about Africa. He has traveled and done research in Morocco and Spain previously, and he organized and participated in a conference on Hispanophone African literature at Ibn Zohr University in April 2019. His forthcoming book, “Africa in the Contemporary Spanish Novel, 1990-2010,” is set to be published later this year.

The Fulbright Program is the flagship international educational exchange program sponsored by the U.S. government and is designed to forge lasting connections between the people of the United States and the people of other countries, counter misunderstandings and help people and nations work together toward common goals. Fulbright alumni have achieved distinction in many fields, including 60 who have been awarded the Nobel Prize, 86 who have received Pulitzer Prizes and 37 who have served as a head of state or government.