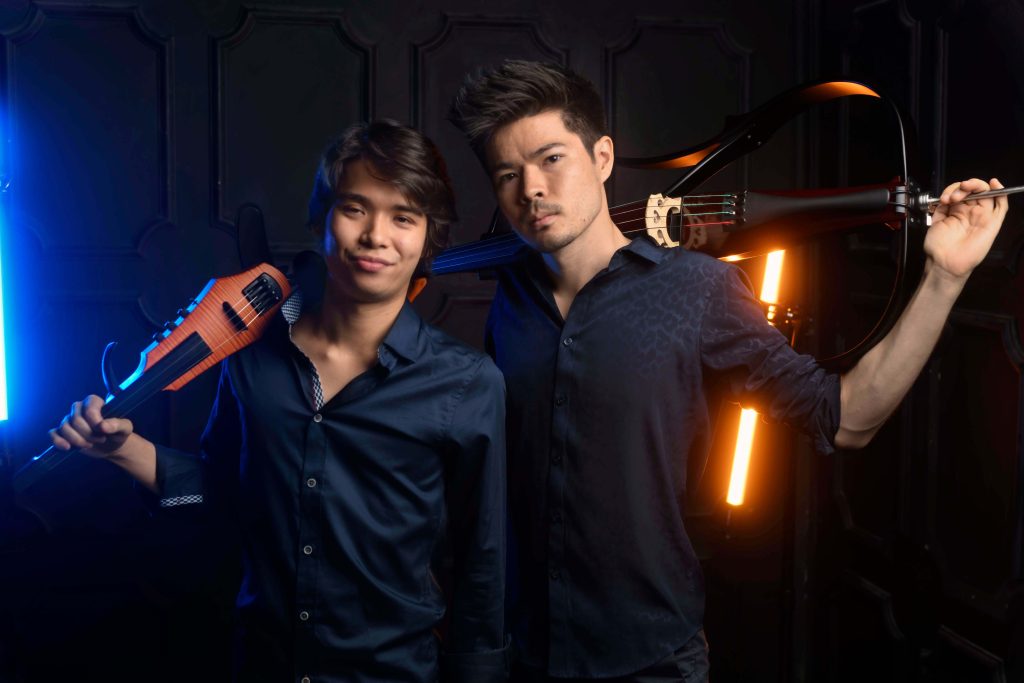 ARKAI, an award-winning string duo that redefines the boundaries of musical genre, will perform at Bridgewater College on Wednesday, Oct. 19, at 7 p.m. in the Concert Hall of the Carter Center for Worship and Music as part of the College’s lyceum concert series.

Winners of the 2021 Astral Artists National Auditions, ARKAI fuses classical virtuosity with the electricity of a rock band, the spontaneity of a jazz combo and the beauty of a string quartet. Their past engagements have included performances at The Met, Joe’s Pub, Rockwood Music Hall, The Juilliard School, Chateau Marmont, Curtis Institute of Music, Lincoln Center, Carnegie Hall and the 92nd Street Y. Their electronic debut composition, “Letters from COVID,” was recently featured at TED@PMI for a global audience of more than 30,000 people from 182 countries. ARKAI is currently creating its debut album, “Aurora,” in collaboration with seven-time Grammy-nominated producer Joel Hamilton.

In addition to performing, ARKAI creates programs in pursuit of a world in which the arts are inseparable from community. During the COVID-19 pandemic, one such initiative—SupportNYC—raised more than $80,000 for small business and organization such as the Met Orchestra Musicians, Harmony Project, D’Addario Foundation and Shakespeare Dallas.

The lyceum concert series at Bridgewater College is free and open to the public.

AT A GLANCE
Lyceum Concert: ARKAI
When: Wednesday, Oct. 19, at 7 p.m.
Where: Concert Hall, Carter Center for Worship and Music
Cost: Free and open to the public.