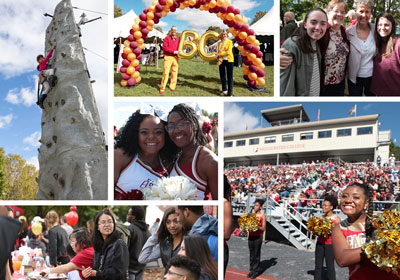 If smiling faces are indicators of happiness, Bridgewater College’s campus on Homecoming weekend might have been the happiest place on Earth.

If smiling faces are indicators of happiness, Bridgewater College’s campus on Homecoming weekend might have been the happiest place on Earth (sorry, Disney World). The four-day-long affair from Oct. 11-14, 2018, attracted thousands of people back to their alma mater, the place where lifelong friendships were formed and countless memories made.

Undoubtedly, new memories were made over the course of the weekend as the classes of 1968 and 1993 celebrated their 50th and 25th reunions, respectively; the Ripples Society inducted new members; the class of ’68 presented a record-setting class gift to the College; and several athletic teams hosted Homecoming games and matches.

The BC spirit was palpable during Saturday’s festival on the campus mall, from the archway of crimson and gold balloons with a sparkling gold “BC” in the center, to homemade cookies decorated with red and yellow icing for sale from one of the student groups. Hugs and waves from Ernie the Eagle were returned eagerly.

One popular stop for attendees was the departmental reception tent, where alumni of all ages gathered to chat with professors from their area of study. And everyone couldn’t help but visit the petting zoo to pat the miniature ponies on the nose or clap along as the pep band marched through campus just before kickoff of the football game against Hampden-Sydney College.

But, perhaps most importantly, Homecoming gives alumni the chance to witness the transformation Bridgewater’s campus and programs have undergone since their days, which reinforces the College’s unwavering dedication to preparing students well for the next stage in their lives.

One person remarked that this Homecoming weekend was “the best reunion in history.” Let’s try to top that next year, shall we? See you there! 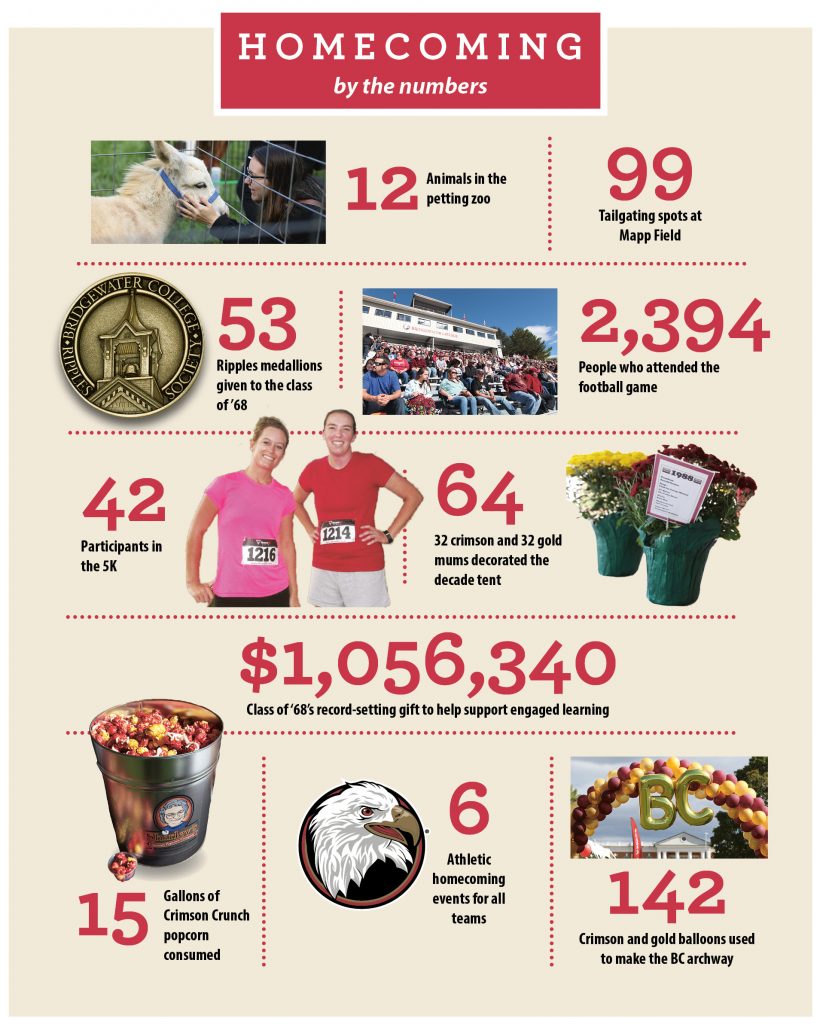 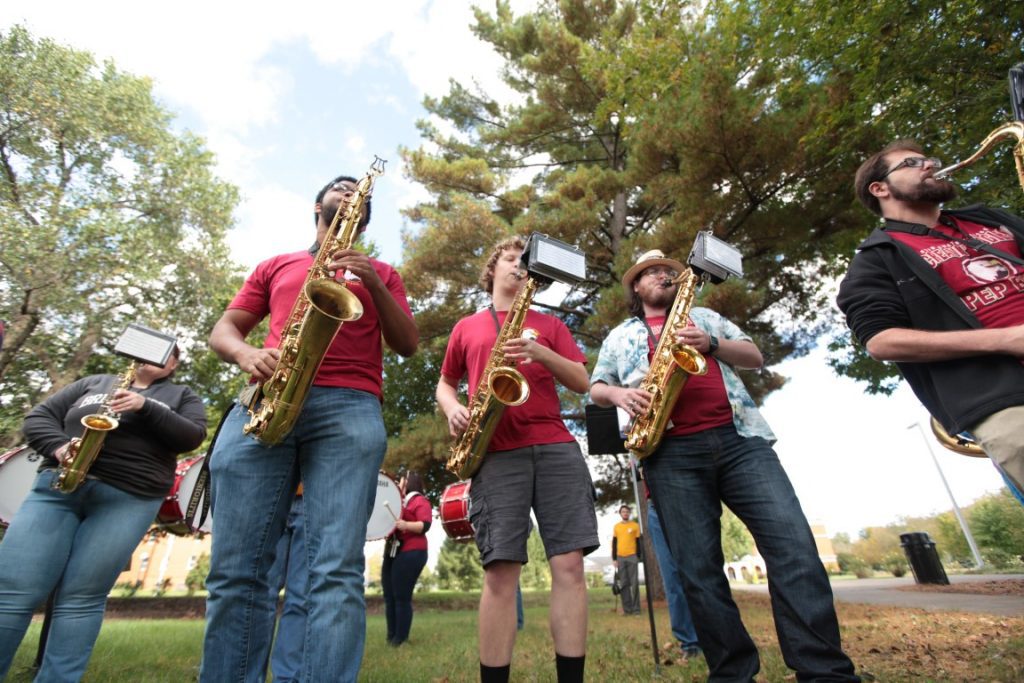 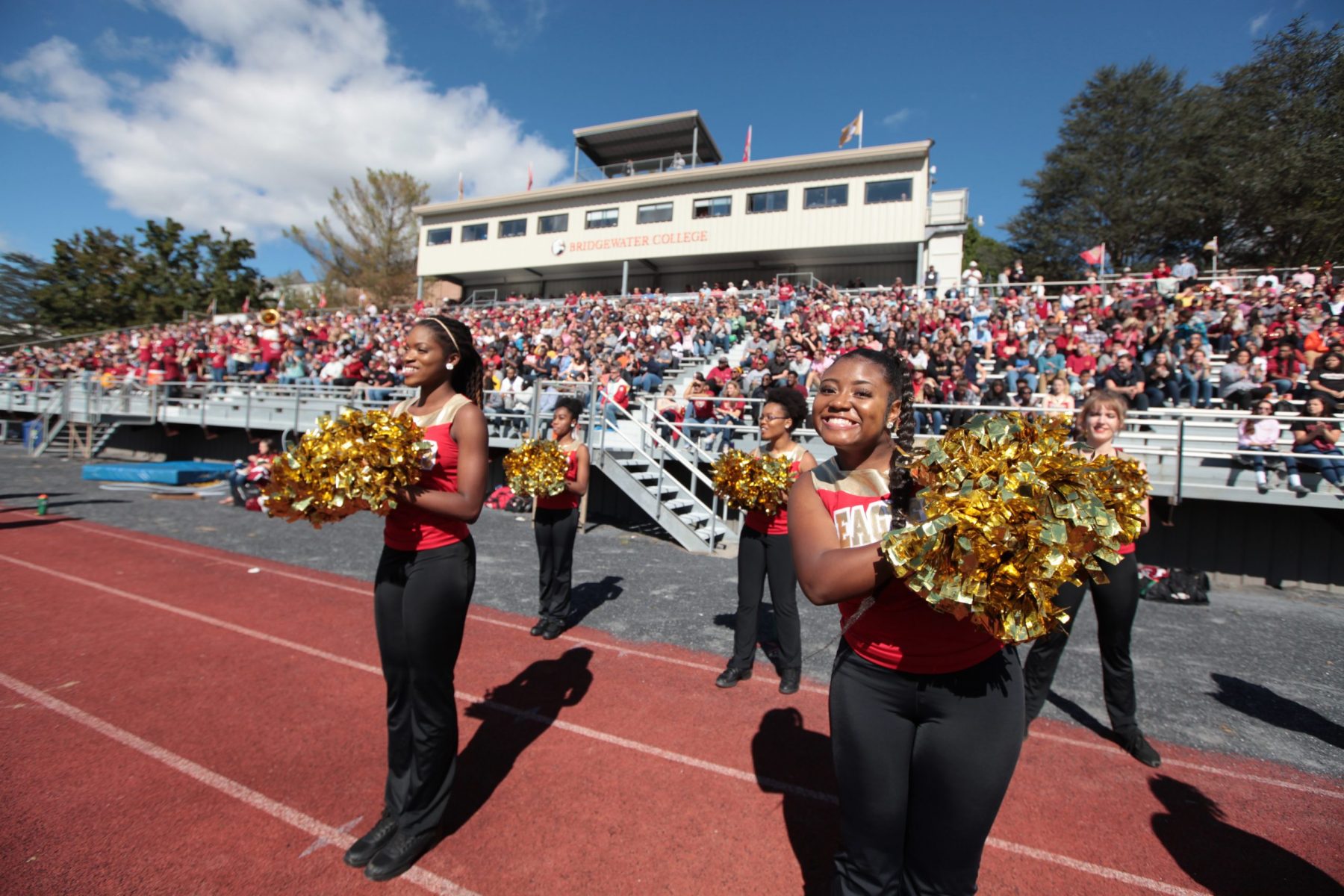 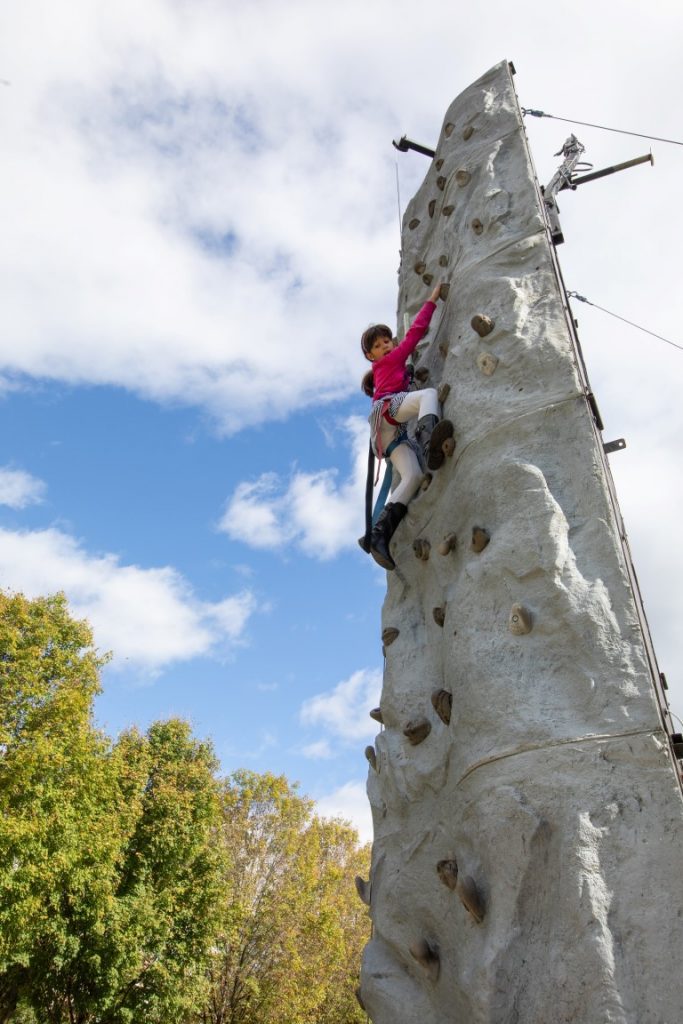 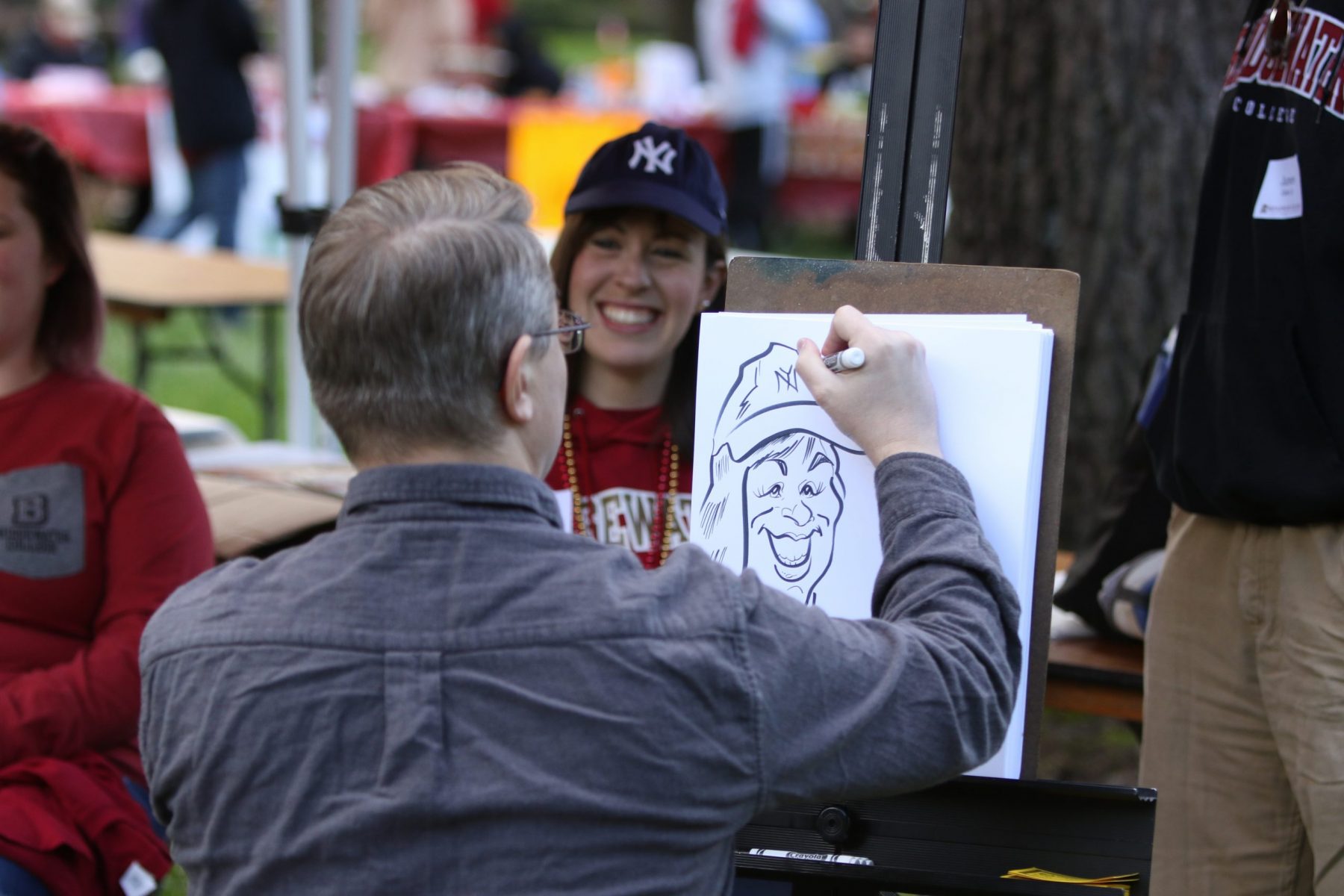 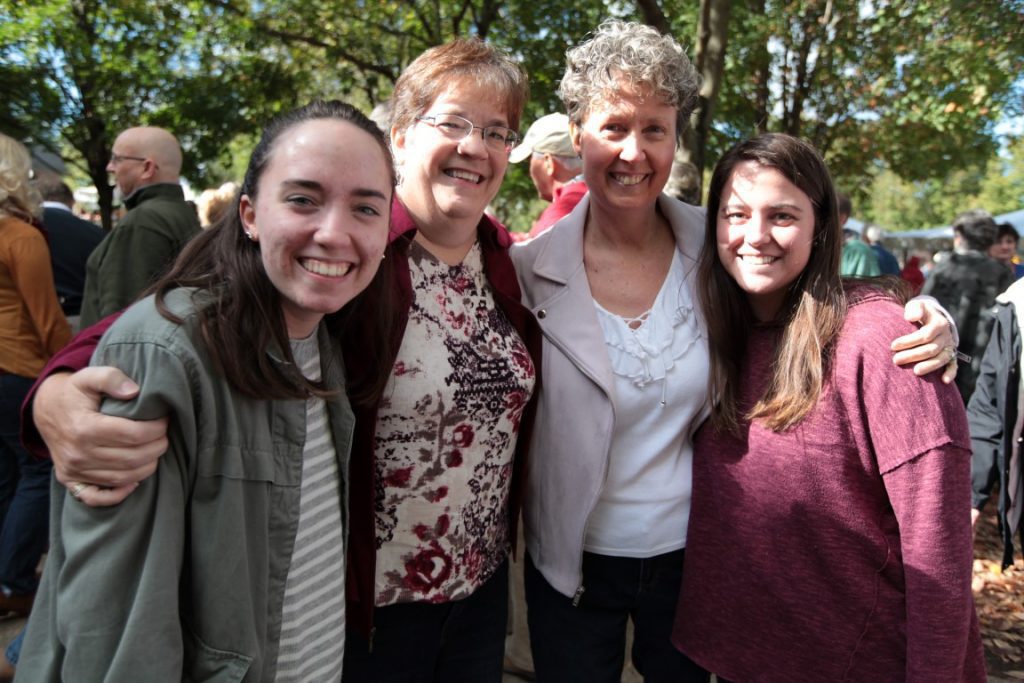 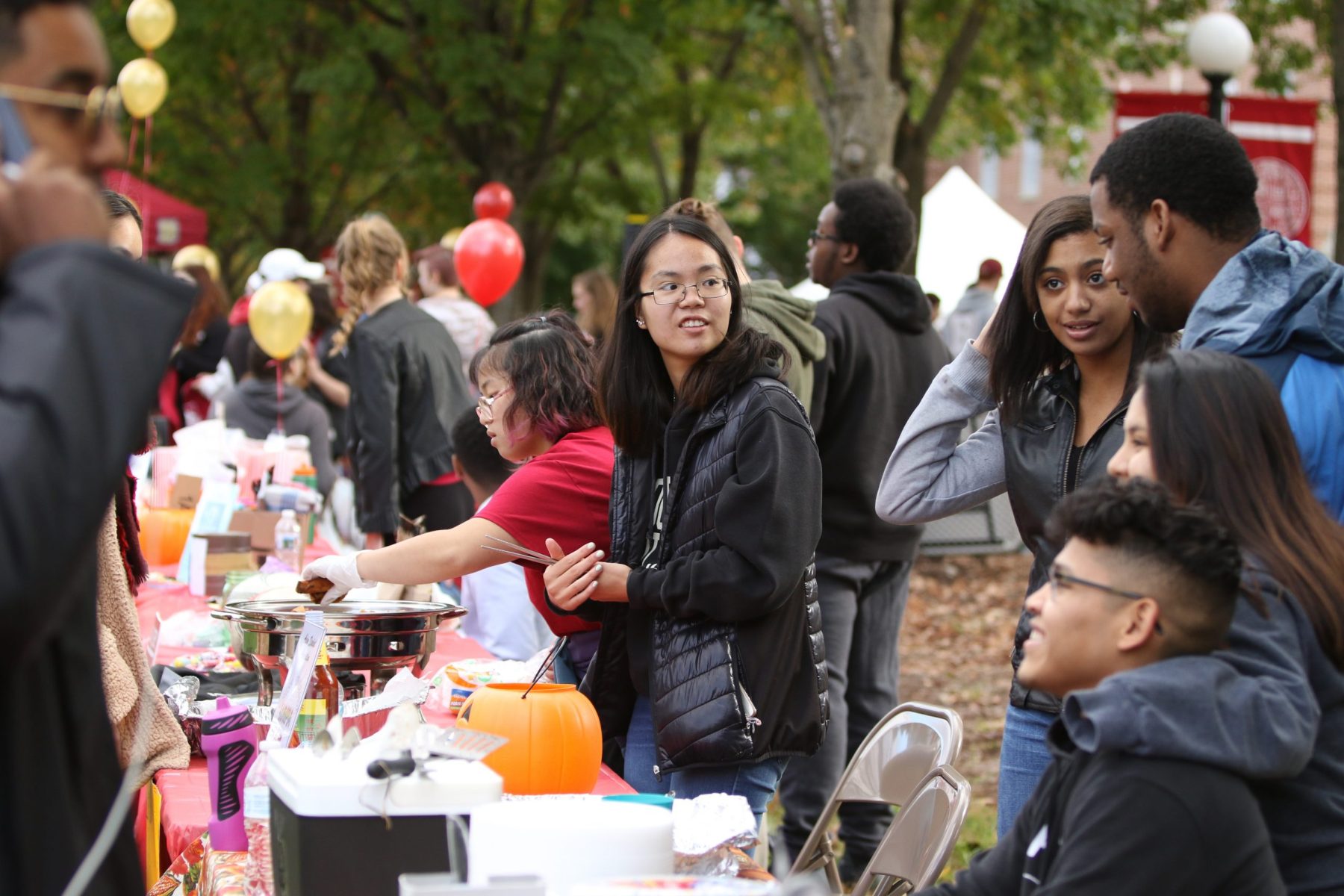 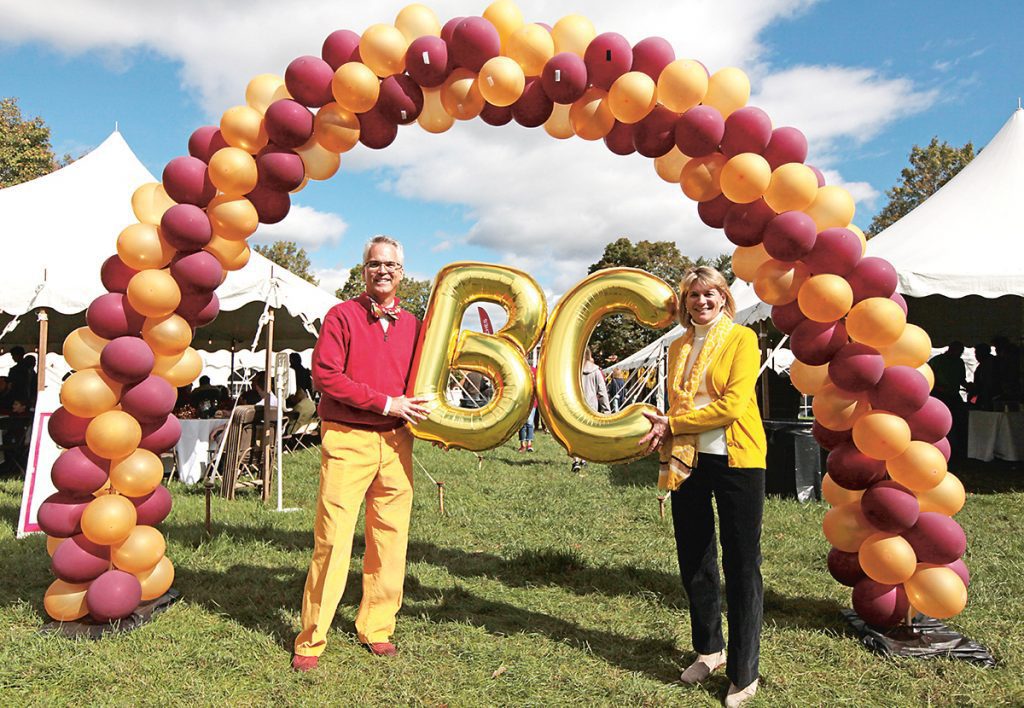