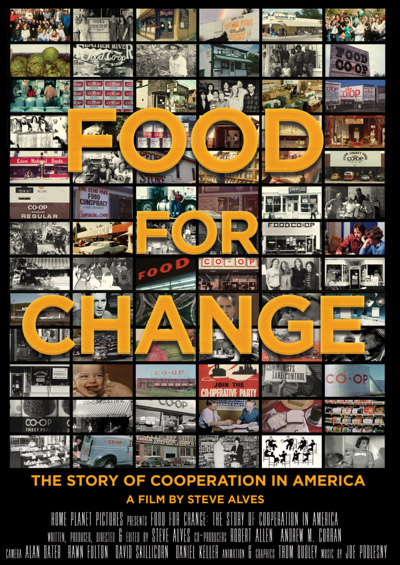 The documentary film, Food for Change, focuses on food co-ops as a force for dynamic social and economic change in American culture. Co-sponsored by The Harold H. Hersch Educational Fund and Friendly City Food Coop.

In recognition of October being National Co-op Month, the documentary film Food for Changewill be screened at 7:30 p.m. Tuesday, Oct. 16, in the Boitnott Room at Bridgewater College.

Co-sponsored by Bridgewater College’s Harold H. Hersch Educational Fund and the Friendly City Food Co-op in Harrisonburg, Va., the documentary film is free and open to the public.

Food for Change is an 82-minute film focusing on food co-ops as a force for dynamic social and economic change in American culture. The documentary examines the historical role food co-ops played, the quest for organic foods and current efforts to strengthen local economies and build food security.

The film features interviews with co-op employees, rare archival footage and narration by the film’s director, Steve Alves, who is also a member of the Franklin Community co-op in Greenfield, Mass. Food for Change also profiles several food co-ops that have revived neighborhoods and entire communities.

Kari Souder, director of marketing and owner services for the Friendly City Food Co-op, will be available for questions regarding Harrisonburg’s food co-op.