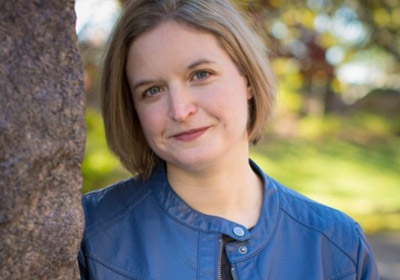 Historian Rebecca Erbelding will speak about her book, “Rescue Board: The Untold Story of America’s Efforts to Save the Jews in Europe.”

Rebecca Erbelding, historian, archivist and curator at the United States Holocaust Memorial Museum, will speak about her book, Rescue Board: The Untold Story of America’s Efforts to Save the Jews in Europe, at 6 p.m. Monday, Jan. 27, in Cole Hall. The lecture is part of Bridgewater College’s International Holocaust Remembrance Day observance.

Rescue Board, a history of the War Refugee Board, received the 2018 National Jewish Book Award for Writing Based on Archival Material (the JDC-Herbert Katzki Award).

Erbelding has presented on her work on U.S. immigration policy during the 1930s, Holocaust-era diaries and Anne Frank. She has also presented on the “Hoecker Album,” a photograph album owned by Karl Hoecker, the final adjutant to the commandant of Auschwitz-Birkenau.

Erbelding earned a Ph.D. in American history from George Mason University. Her research interests focus on the ways in which communities deal with historical incidents of widespread and unexpected destruction, violence and death.

“I am interested in the ways in which people, acting without the hindsight of history, react to outbreaks, try to protect themselves and loved ones, and what pieces of their lives they fight to retain and rebuild,” said Erbelding.