Hats off to the newest Bridgewater College graduates.

As the graduates processed two-by-two down the center aisle of the giant tent in the middle of the campus mall, shouts of “I see her!” and “Look over here!” could be heard from eager parents lining the walkway. Students ascended to movie star status as camera clicks were a constant while they made their way to their seats before the start of Bridgewater College’s 139th Commencement ceremony on May 4.

After College President Dr. David Bushman welcomed the thousands of students, family and friends to the ceremony during his opening remarks, he introduced Sarah Hendrix MSAT ’19, one of the College’s first master of science in athletic training degree recipients. Hendrix said one of the biggest draws of the College’s master’s program was the opportunity to gain real-world experience aiding numerous student-athletes at Bridgewater College as well as off campus (she spent two semesters at Coastal Carolina University, a Division I school in South Carolina, and Myrtle Beach High School). Each hands-on clinical immersion experience was unique, she said, and Hendrix thanked her professors for giving her the tools and knowledge she needed to succeed, both during her master’s program and in the future.

“Everyone at Bridgewater College has made an impact on my life that has forever changed me to be a better athletic trainer and person,” Hendrix said.

Senior Class President Anwar Muhammad ’19 presented the class gift, a fire pit for future students to gather around, that was given in honor of Missy Bailey-French, a housekeeping staff member whose positivity and joy inspired the senior class.

In his speech, Chair of the Bridgewater College Board of Trustees Jim Walsh ’68 gave the graduates three pieces of advice: Believe in something larger than yourself, cherish relationships with family and friends, and live life with no regrets.

Commencement speaker R. Mark Laursen urged the 400 graduates to determine what makes them come alive, and then to pursue that passion.

Speaking at Bridgewater College was especially significant for Laursen, whose father worked and coached at Warren Wilson College, a liberal arts college in Asheville, N.C. The foundation of a liberal arts education in educating the whole person and empowering them to be purposeful and ethical in life produces graduates who make our country—and world—better, Laursen said.

Laursen serves as Clinical Associate Professor in Boston University’s Sargent College of Health and Rehabilitation Services as well as Director of Athletic Training Services. His 30-year career has been focused on aiding athletes on both a collegiate and professional level, as well as teaching and guiding future athletic trainers at several colleges and universities.

“I can think of no better profession than athletic training,” Laursen said, specifically addressing the six master of science in athletic training graduates. “You are lucky to have been developed into health care professionals at this type of college. Your education will prepare you to serve your patients well and will prepare you to be a patient-centered provider that our health care system so desperately needs.”

In his address, titled “What Makes You ‘Be Alive,’” Laursen shared his own journey in finding what brings him true fulfillment: being a servant to others. He also told of hardships he has had to overcome, including volunteering at the 2013 Boston Marathon, during which terrorists detonated two bombs at the finish line, killing three people and wounding hundreds more. Laursen says he witnessed acts of unbelievable courage that day that forever changed him. 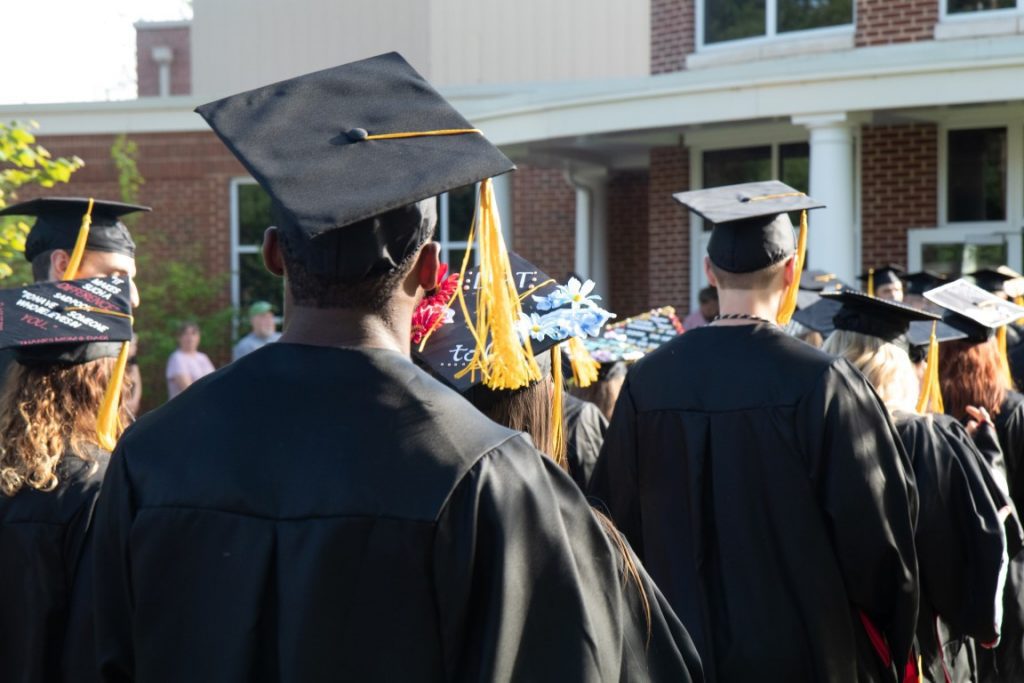 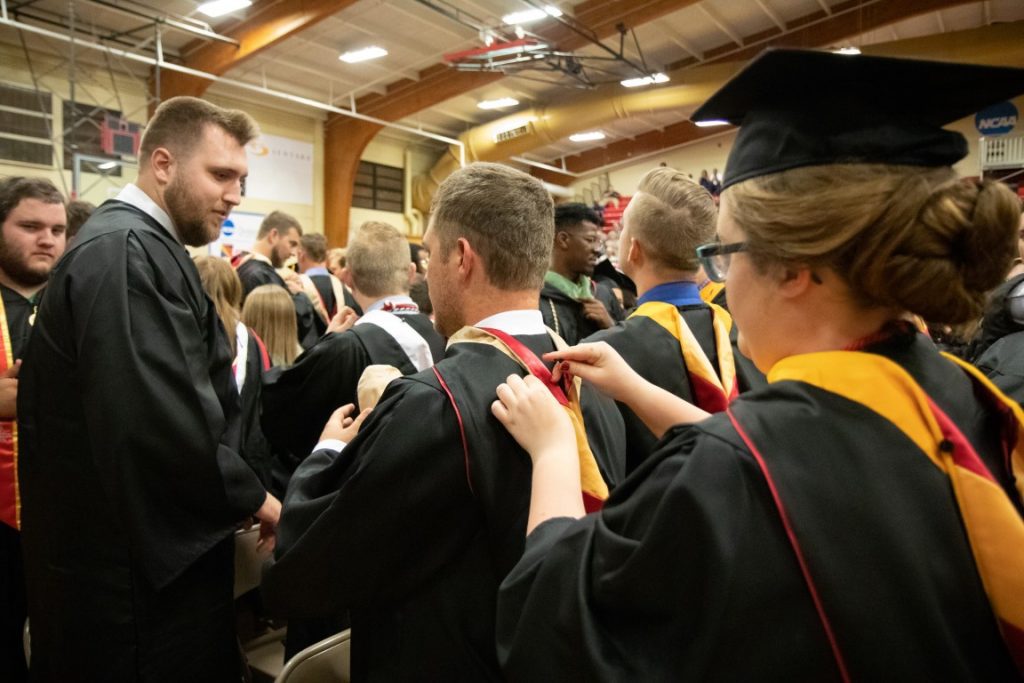 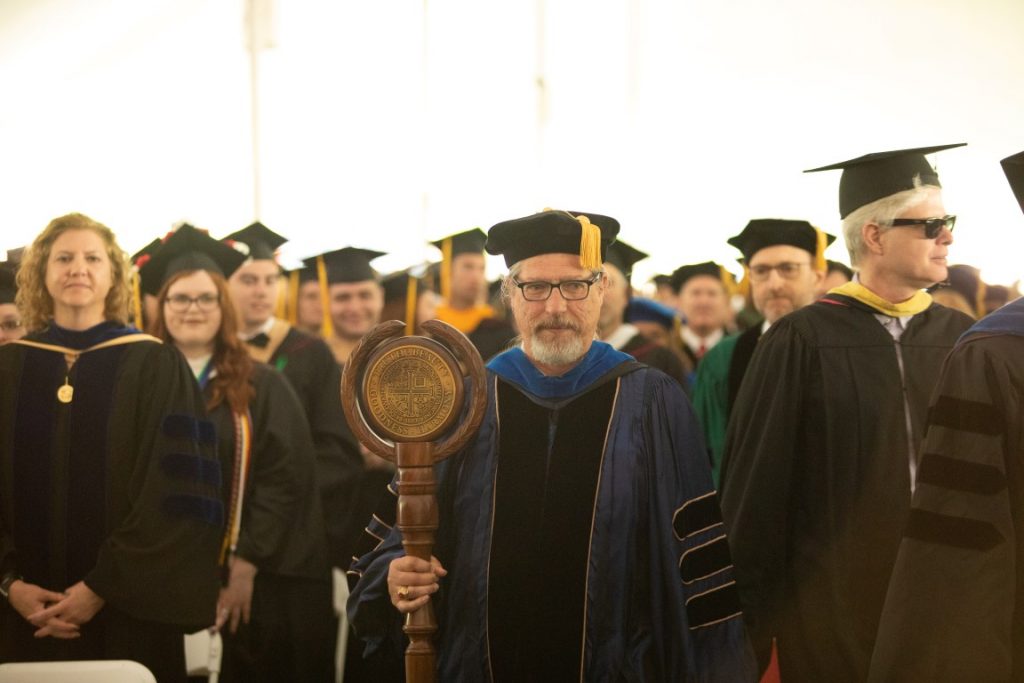 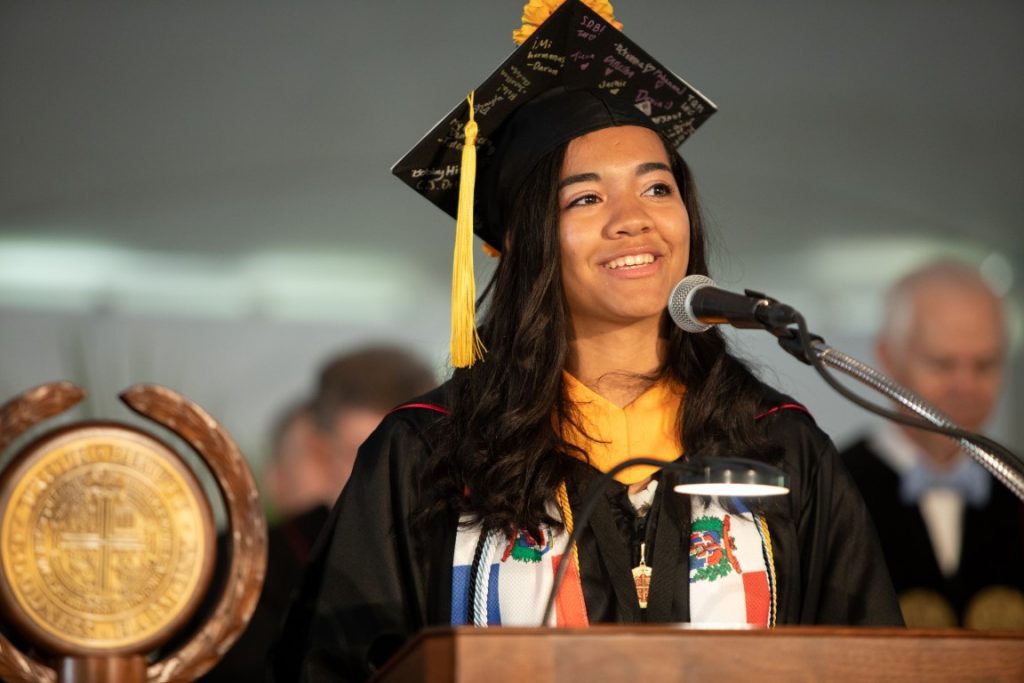 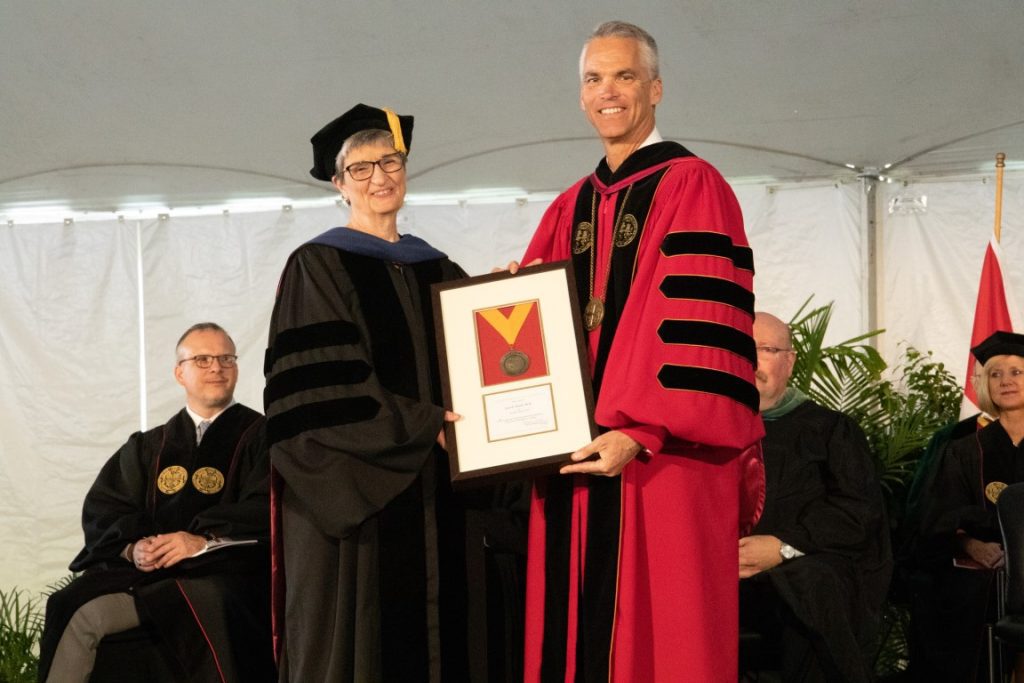 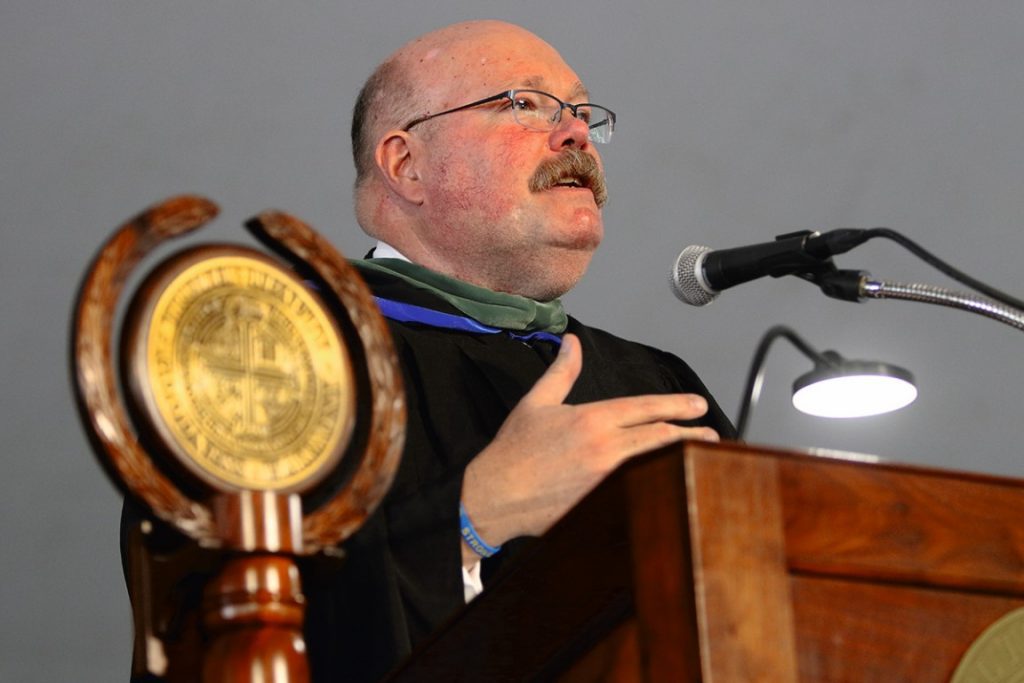 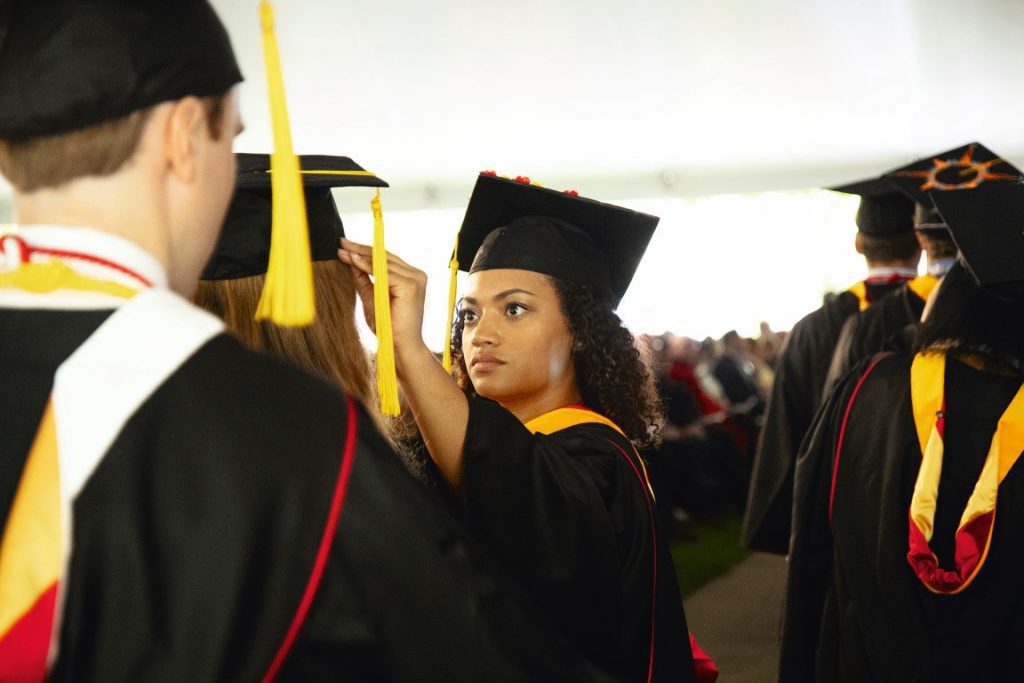 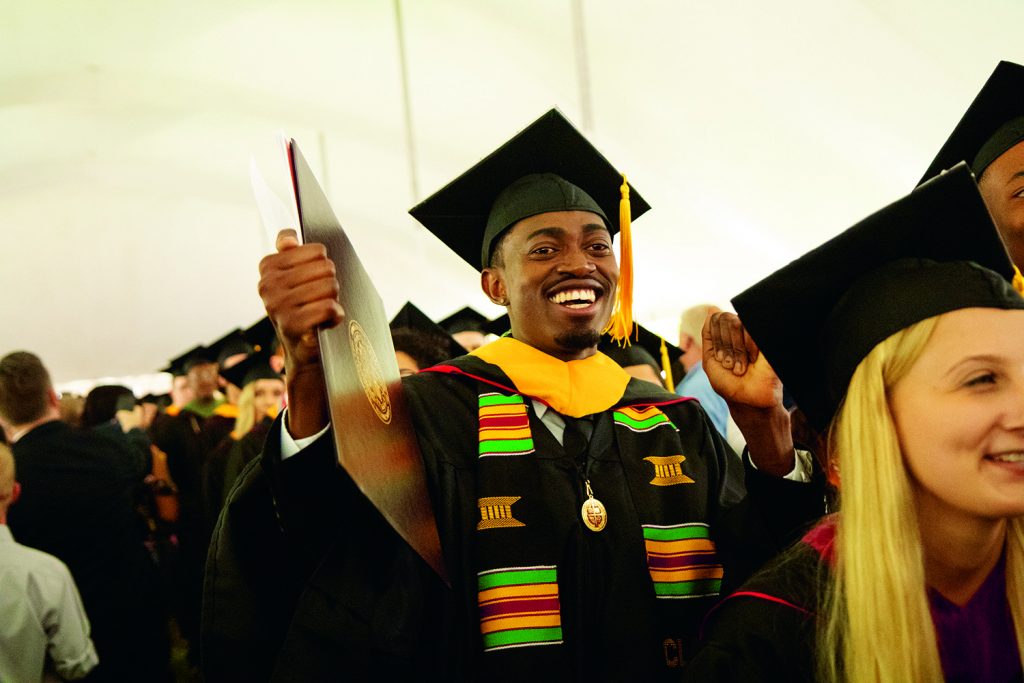 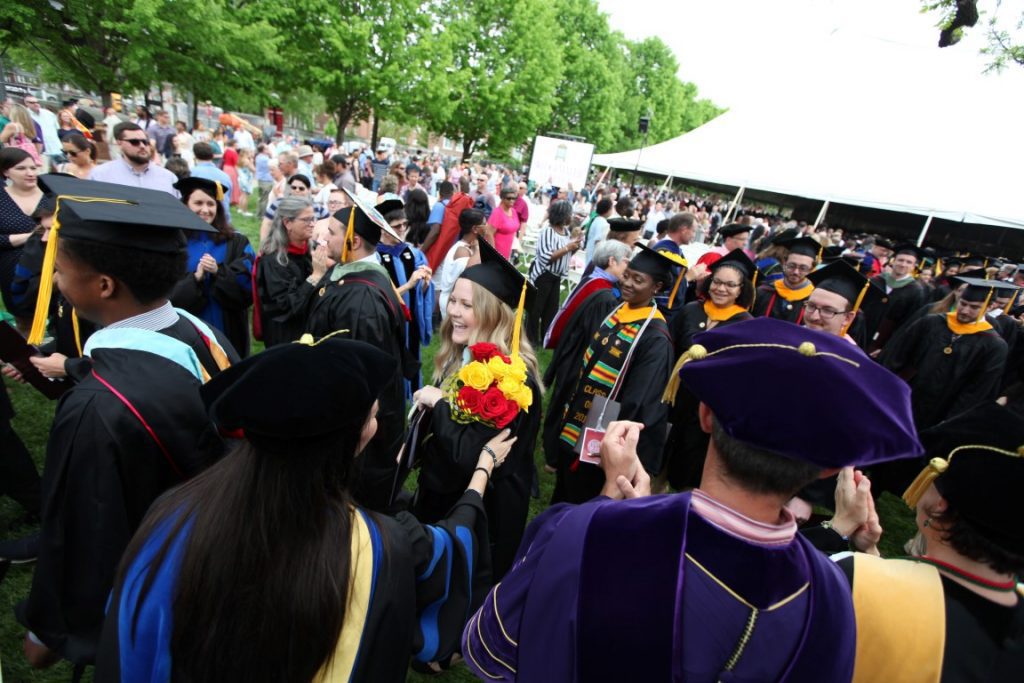