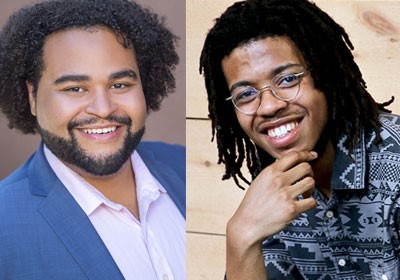 Most recently, Paige performed with the Santa Fe Opera as an apprentice artist and before that made his European debut touring in Germany in the roles of Robbins and Crab Man in Porgy and Bess. Other recent credits include singing as an apprentice artist with the Palm Beach Opera, where he covered Governor/Ragotski in Candide and Spoletta in Tosca.

As a Young Artist with Glimmerglass Opera, Paige performed Giacomo in L’assedio di Calais, and as a Gerdine Young Artist with Opera Theatre of St. Louis, Mo., he premiered the role of Bombur Yarmbazal in Shalimar the Clown.

Lee is an up-and-coming pianist currently operating out of Cincinnati. He has won numerous awards as a solo pianist and has appeared with the Eastern Music Festival Young Artist Orchestra and JMU’s Symphony Orchestra.

He has performed with artists, including soprano Kimwana Doner and cellist Jonah Kim.