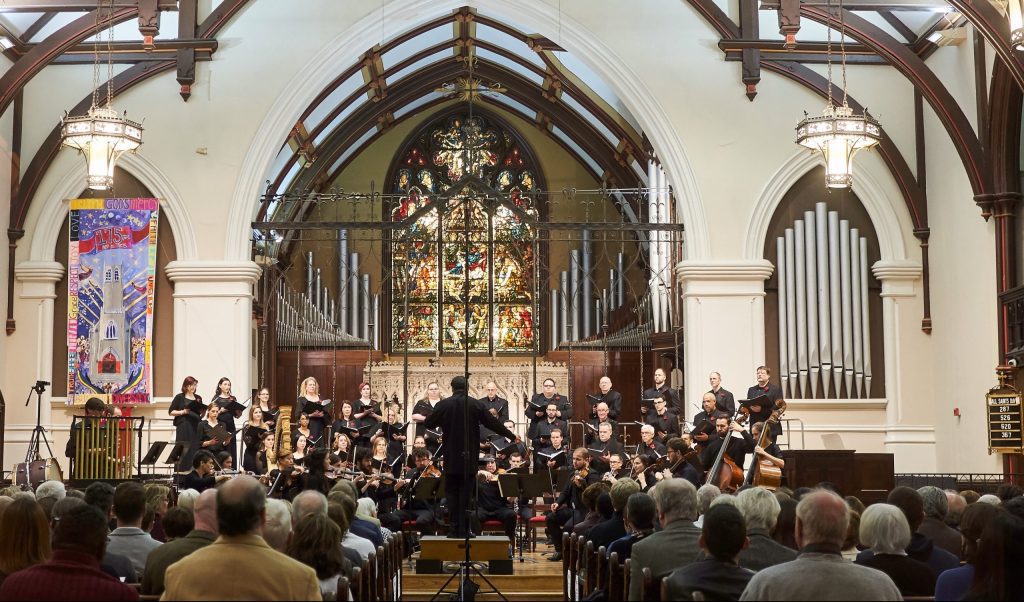 The New Orchestra of Washington (NOW) will present a lyceum concert at Bridgewater College on Friday, March 18, at 7 p.m. in the Concert Hall of the Carter Center for Worship and Music.

The program, “MADIBA: WATCHING THE SUNSET,” will honor the legacy of South African anti-apartheid leader and activist Nelson Mandela. Mandela was known as Madiba, a term of respect and affection. Mandela himself described his relationship with music as a key source of strength throughout his decades-long imprisonments during South Africa’s struggle to end apartheid and transition to a multicultural democracy. Inspired by this, the program includes work by Handel and Tchaikovsky, Mandela’s two favorite composers, whose music sustained him during the most difficult part of his life. South African countertenor Roger O. Isaacs will perform the Handel arias.

A special feature of the concert will be a world premiere by South African composer Mokale Koapeng. NOW also will present a premiere of Koapeng’s “Yixesha! Ke Nako (The Time is Now!)” commissioned by Classical Movements for New Orchestra of Washington. This performance is supported in part by the National Endowment for the Arts.

An hour before the concert, at 6 p.m., attendees are invited to a panel discussion featuring Koapeng and conductor Alejandro Hernandez-Valdez about the inspiration behind Koapeng’s piece, the interaction between music and community, and how this all connects to Nelson Mandela’s legacy.

Both the performance and panel discussion are free and open to the public.

AT A GLANCE
Lyceum Concert: New Orchestra of Washington
When: 7 p.m., Friday, March 18
Where: Concert Hall, Carter Center for Worship and Music, Bridgewater College’s campus
Note: Attendees may arrive early for a panel discussion at 6 p.m.