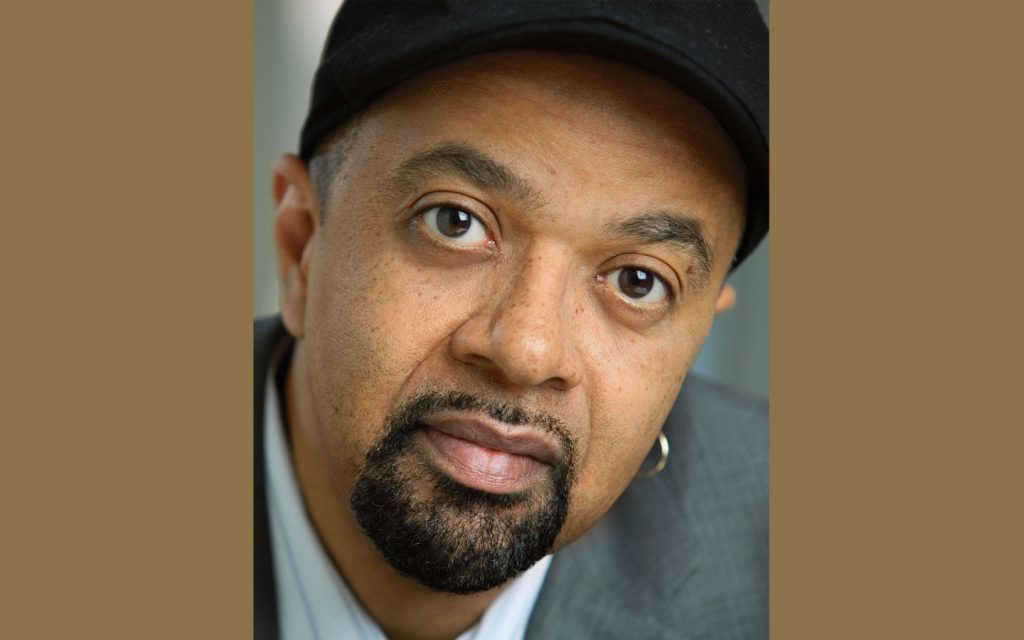 AT A GLANCE
Endowed Lecture: James McBride
When: Tuesday, Sept. 6, at 7:30 p.m. Doors open at 6:30 p.m.
Where: Cole Hall, Bridgewater College
Notes: This event is free and open to the public. The format for the event is a traditional lecture with Q&A to follow. A book signing will be held from 8:30-9 p.m. Bring your own book or books available to purchase on site. An American sign language (ASL) interpreter will be present to facilitate communication between McBride and deaf or hard of hearing attendees. A livestream of the event is accessible at bridgewater.edu/mcbride.

Author, musician and screenwriter James McBride will speak about his latest novel during an endowed lecture in Cole Hall on the campus of Bridgewater College on Tuesday, Sept. 6.

McBride’s latest novel, Deacon King Kong, tells the story of a 1969 shooting in Brooklyn, N.Y., and the strange intersections of the lives of the characters involved in the incident. Told with insight and wit, Deacon King Kong demonstrates that love and faith live in all of us.

McBride’s landmark memoir, The Color of Water, rested on The New York Times bestseller list for two years and explored McBride’s search for identity as the son of a white Jewish woman and a Black man. The memoir is considered an American classic and is read in schools and universities across the U.S. His debut novel, Miracle at St. Anna, was translated into a major motion picture directed by American film icon Spike Lee. In addition, McBride wrote the script for Miracle at St. Anna and co-wrote Lee’s 2012 film, Red Hook Summer. McBride also authored the novels Song Yet Sung and The Good Lord Bird, the 2013 National Book Award Winner for Fiction that has been adapted by Ethan Hawke and Jason Blum into a Showtime series bearing the same name.

Former President Barack Obama awarded McBride the 2015 National Humanities Medal “for humanizing the complexities of discussing race in America. Through writings about his own uniquely American story and his works of fiction informed by our shared history, his moving stories of love display the character of the American family.”

McBride is a former staff writer for The Boston Globe, People magazine and The Washington Post. His work has appeared in Essence, Rolling Stone and The New York Times.

In addition to writing, McBride toured as a saxophonist sideman with jazz legend Jimmy Scott, among others. He also has written songs (music and lyrics) for Anita Baker, Grover Washington Jr., Pura Fé, Gary Burton and even for the PBS television character Barney. He received the Stephen Sondheim Award and the Richard Rodgers Foundation Horizon Award for his musical Bobos, co-written with playwright Ed Shockley. McBride has been featured on national radio and television in America, Europe, Australia and New Zealand.

A native New Yorker and a graduate of New York City public schools, McBride studied composition at The Oberlin Conservatory of Music in Ohio. He received his master’s degree in journalism from Columbia University at age 22. McBride holds several honorary doctorates and is currently a Distinguished Writer in Residence at New York University.

The event is free and open to the public. Doors open at 6:30 p.m. with the event starting at 7:30 p.m. The format for the event is a traditional lecture with a Q&A portion to follow. Attendees will have a special opportunity for a book signing with McBride from 8:30 to 9 p.m. A livestream of the event will be available at bridgewater.edu/mcbride.

This endowed lecture is sponsored by The Anna B. Mow Symposium.