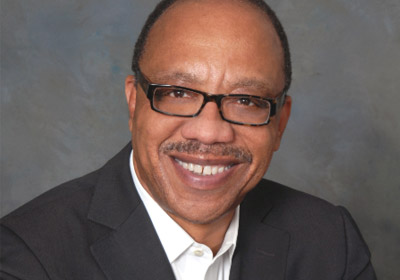 Eugene Robinson, a Pulitzer Prize-winning journalist and a columnist for The Washington Post, will present an endowed lecture on Jan. 15, as part of Bridgewater College’s Martin Luther King Jr. Day observance.

Eugene Robinson, a Pulitzer Prize-winning journalist and a columnist for The Washington Post, will present an endowed lecture on Jan. 15, as part of Bridgewater College’s Martin Luther King Jr. Day observance.

Robinson will speak on “We’re Someplace We’ve Never Been: Race, Diversity and the New America” at 7:30 p.m. Monday, Jan. 15, in Cole Hall. This program is free and open to the public.

His story-telling ability has won him wide acclaim, most notably as the winner of the 2009 Pulitzer Prize for his commentary on the 2008 presidential race that resulted in the election of America’s first black president.

Robinson began his journalism career at The San Francisco Chronicle, where he was one of two reporters assigned to cover the trial of kidnapped newspaper heiress Patricia Hearst.

He joined The Washington Post in 1980 as city hall reporter, covering the first term of Washington’s mayor, Marion Barry. He became an assistant city editor in 1981 and, in 1984, was promoted to city editor, in charge of the paper’s coverage of the District of Columbia.

During the 1987-88 academic year, on leave from The Post, Robinson was a Nieman Fellow in Journalism at Harvard University. On his return to the paper he was named The Post’s South America correspondent, based in Buenos Aires, Argentina, a post he held from 1988-1992.

In February 1994, Robinson returned to Washington to become The Post’s foreign editor. That same year he was elected to the Council of Foreign Relations.

In 2010, Robinson was elected to the Pulitzer Prize Board. He is a member of the National Association of Black Journalists and the NABJ Hall of Fame.

He is the author of three books – Coal to Cream: A Black Man’s Journey Beyond Color to an Affirmation of Race, Last Dance in Havana: The Final Days of Fidel and the Start of the New Cuban Revolution and Disintegration.

Robinson is a regular contributor to MSNBC. He lives in Arlington, Va., with his wife, Avis.

Sponsored by the Harry W. and Ina Mason Shank Peace Studies Endowment and the Harold H. Hersch Education Fund, the lecture is free and open to the public.