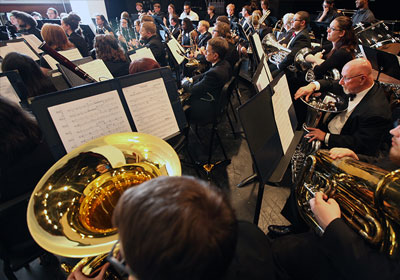 The Symphonic Band will present a tribute to the 100-year anniversary of the ending of World War I.

The Symphonic Band is under the direction of Dr. Christine Carrillo, associate professor of music and director of instrumental music at Bridgewater College.

The concert, “A World War I Musical Tribute,” is a tribute to the 100th anniversary of the ending of World War I. All of the pieces being performed either were written in 1918 or were written about WWI.

Some of the featured pieces include “The Chimes of Liberty” by Edwin Franko Goldman, “Mars, the Bringer of War” by Gustav Holst and “Palais De Versailles Overture” by Kelly Bennette. The program also includes “Wingwalker” by Erik Morales and “James Reese Europe’s 369th Hellfighter Band” arranged by James Lamb.