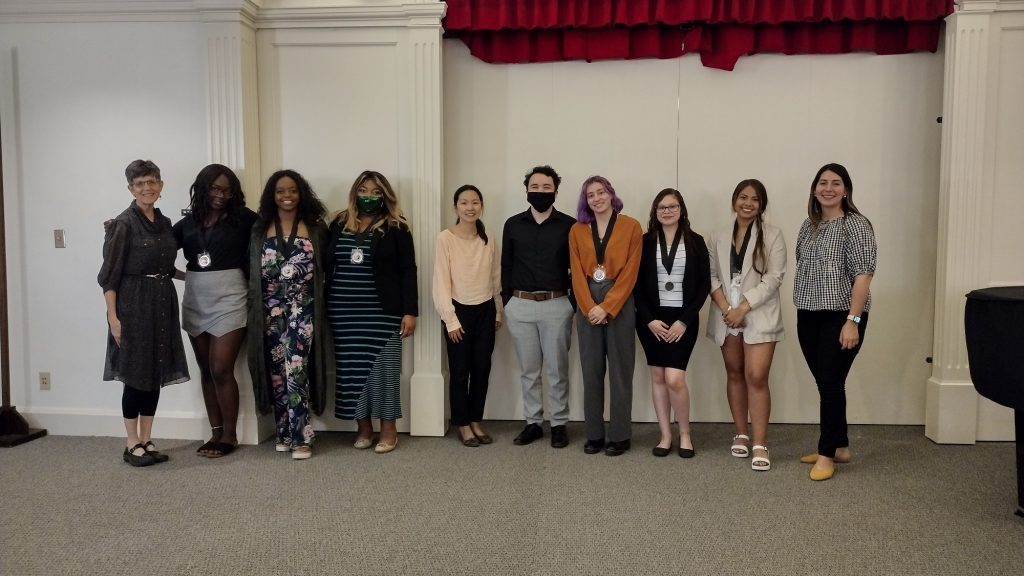 At a ceremony on April 25, Bridgewater College recognized nine seniors with the inaugural diversity champion medallion for their outstanding leadership in advancing diversity, equity and inclusion (DEI) on campus. The medallion was created with the express purpose of supporting DEI student organizations and their work at Bridgewater. The seniors, who were recommended by their peers from student organizations and clubs, will be able to wear the medallion along with their regalia during this year’s May 7 Commencement ceremony.

“We are proud to celebrate students on our campus who are passionate about DEI work and have worked hard to increase the Bridgewater College community’s understanding of DEI as they go on to do exceptional things in their future,” said Dr. Gauri Pitale, Associate Dean of Students for Diversity, Equity and Inclusion.

The speaker for the ceremony was Dean of the Bonnie Forrer and John Harvey Rhodes School of Arts and Humanities Dr. Betsy Hayes, Associate Professor of Sociology and the Lawrance S. and Carmen C. Miller Chair of Ethics at Bridgewater College.