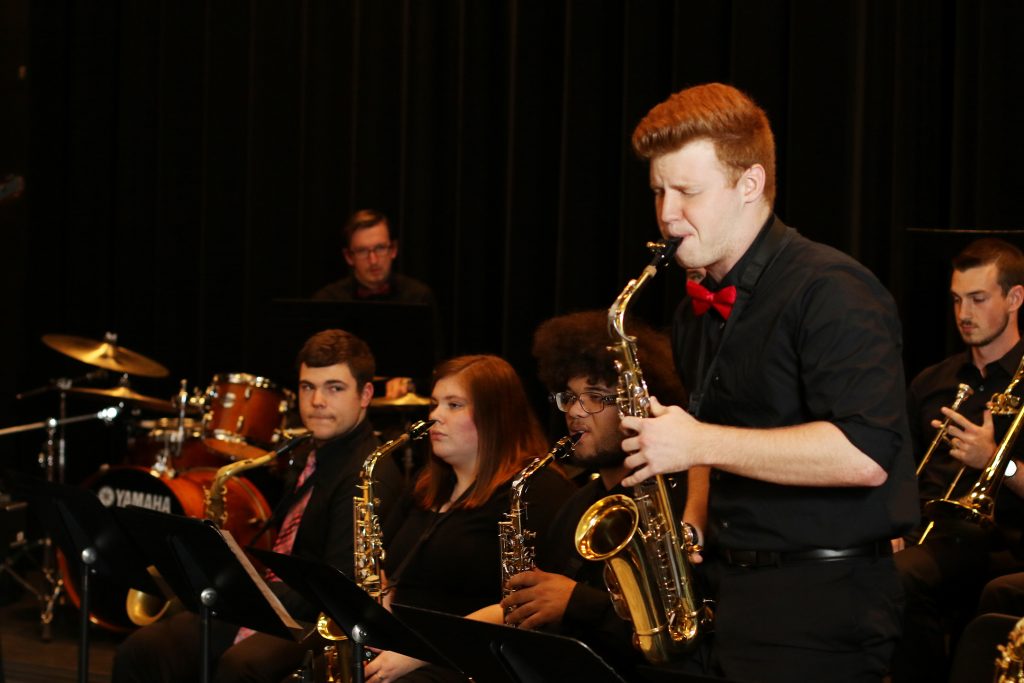 Bridgewater College’s Jazz Ensemble, under the direction of Dr. Christine Carrillo, will perform at 3 p.m. on Sunday, Nov. 6, at the Sipe Center located in the town of Bridgewater.

“Africa” by David Paich and Jeff Porcaro, arranged by John Wasson, will follow with Smith as the trumpet soloist. The program will continue with “Over the Rainbow” by Harold Arlen and E.Y. Harburg, arranged by Alan Baylock. Luke Cronin ’23, a music major from Lovettsville, Va., and Nathan Sullivan ’25, a music major from Elkton, Va., will serve as the trumpet soloists for the piece. Following will be “Salt Peanuts” by John “Dizzy” Gillespie and Kenny Clarke, arranged by Mark Taylor, with Smith on trumpet, Heather Knott ’23, a biology major from Dayton, Va., on alto sax and Zachary Rogers ’24, a communication, technology and culture major from Springfield, Va., on drumset.

Trombone player Conrad Krytusa, a music major from Aldie, Va., Cronin (trumpet) and Scye (tenor sax) will round out the program as soloists on “We Don’t Talk About Bruno” by Lin-Manuel Miranda and arranged by Paul Murtha. “(Don’t Fear) The Reaper” by Donald Roeser, also arranged by Murtha, will be performed after. The program will close with “September” by Maurice White, Al McKay and Allee Willis, arranged by Taylor, with Scye as the soloist on tenor sax.

The performance is free and open to the public.