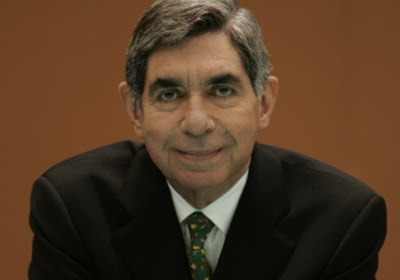 Dr. Oscar Arias, a two-time president of Costa Rica and winner of the 1987 Nobel Peace Prize, will present an endowed lecture on March 15 at Bridgewater College.

Dr. Oscar Arias, a two-time president of Costa Rica and winner of the 1987 Nobel Peace Prize, will present an endowed lecture on March 15 at Bridgewater College.

Arias served as president of Costa Rica from 1986-90 and from 2006-10. When he assumed office in 1986, civil wars raged in Nicaragua, El Salvador and Nicaragua. Working with the other presidents of the region, Arias drafted a peace plan that sought to end the regional crisis by linking democracy to peace. Widely recognized as the Arias Peace Plan, his initiative culminated in the signing of the “Esquipulas II Accord,” or the “Procedure to Establish a Firm and Lasting Peace in Central America,” by the five Central American presidents on Aug. 7, 1987. In that same year he was awarded the Nobel Peace Prize.

In 1988 Arias used the monetary award from the Nobel Peace Prize to establish the Arias Foundation for Peace and Human Progress. Under the auspices of the Foundation, and subsequently with the support of a group of Nobel laureates, Arias became a leader in the decades-long effort to establish the United Nation’s Arms Trade Treaty, which entered into force in 2014.

Arias is the subject of a 2017 documentary, Oscar Arias: Without a Shot Fired, written and directed by Dawn Gifford Engle.

He spoke previously at Bridgewater College in 1991.

Sponsored by the Kline-Bowman Institute for Creative Peacebuilding, the lecture is free and open to the public.