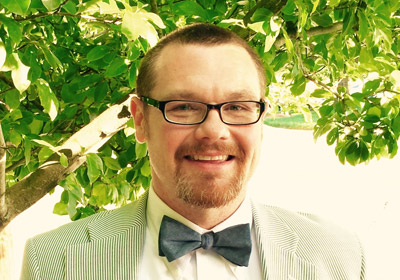 Samuel Moretz, a Bridgewater College alumnus and Scientific Operations Manager at the National Institutes of Health, will speak on “Majors, Microbes, and Malaria: from BC to NIH.”

Samuel Moretz, an alumnus of Bridgewater College and scientific operations manager at the National Institutes of Health (NIH), will present the Silliman Lecture on Thursday, Jan. 10.

Moretz’s lecture, “Majors, Microbes and Malaria: from BC to NIH,” will be held at 7 p.m. in the Spoerlein Lecture Hall in the McKinney Center for Science and Mathematics at Bridgewater College.

In 2004, Moretz joined the Malaria Vaccine Development Branch of the National Institute of Allergy and Infectious Diseases (NIAID) at the NIH. While there, he concentrated on assay development for the assessment of humoral immune responses to investigational malaria vaccine candidates.

During 2014-15, Moretz took a brief departure from biomedical research to manage a biometrics system development program for Navmar, a U.S. Navy contract firm.

He returned to NIAID in 2016 as the scientific operations manager of the Laboratory of Malaria and Vector Research (LMVR), where he currently serves as the operational program manager of the 12 distinct LMVR research sections and is the general manager of the LMVR insectary facility.

Moretz earned a B.S. in biology from Bridgewater College in 1999 and an M.S. in microbiology from East Tennessee State University in 2003.

Sponsored by the Frances E. Silliman Memorial Endowment Fund, the lecture is open to the public at no charge.