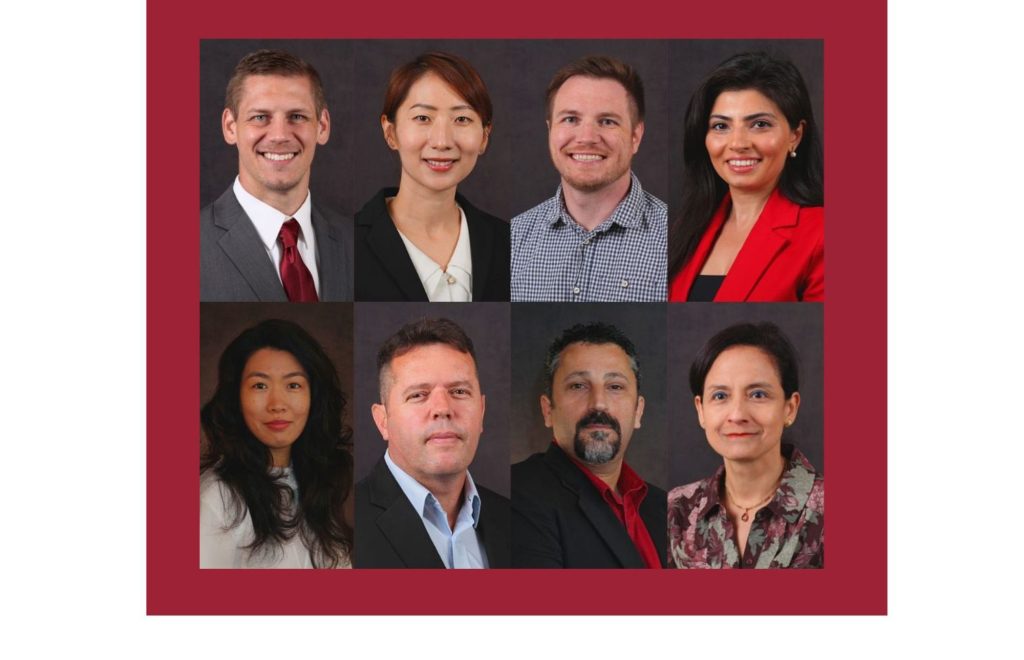 Bridgewater College welcomes eight new full-time faculty members for the 2022-2023 academic year. They join the Rhodes School of Arts and Humanities, the School of Natural Sciences and the School of Professional Studies.

Nicholas Erdman, who joins the Department of Health and Human Sciences as an assistant professor. Erdman earned a Ph.D. in kinesiology with a concentration in sports medicine from the University of Virginia as well as an M.S. in athletic training from Shenandoah University. Erdman holds credentials as a certified athletic trainer with licensure in Virginia and maintains a certification from the International Society of Sports Nutrition.

Sevinj Iskandarova, who joins the Department of Economics and Business Administration as a visiting assistant professor of business. Iskandarova received her Ph.D. in strategic leadership studies with a concentration in postsecondary analysis and leadership from James Madison University, an M.S. in adult education and human resource development from JMU and a B.A. in humanities and social sciences from Khazar University in Azerbaijan.

Shuang Li, who joins the Department of Sociology as an assistant professor. Li earned an M.S. and Ph.D. in sociology from South Dakota State University. She also holds an M.S. degree in English literature from Shanghai Maritime University, and she earned her bachelor’s degree in English from Zhengzhou Institute of Aeronautical Industry Management (China).

Vanessa Rouillon, who joins the Department of English as an assistant professor. Rouillon earned a Ph.D. in English from the University of Illinois at Urbana-Champaign, an M.A. in teaching English as a second language also from UIUC and an M.A. in economics from Georgetown University in Washington, D.C. Her B.A. degree is in economics from the University of Lima in Lima, Peru, her country of origin.